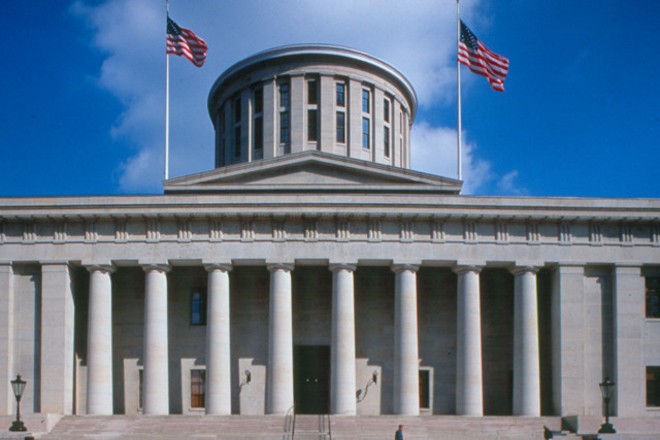 Earlier this year, Ohio's General Assembly and Gov. Mike DeWine agreed upon a budget that, on its surface, seemed good for working and middle-class Ohioans.

The budget eliminated the state's bottom two tax brackets below about $21,000 a year, increased the state's Earned Income Tax Credit and took other measures to put money in non-wealthy Ohioans' pockets. But it also slashed taxes for wealthy Ohioans and boosted the state's gas tax while directing the state to collect sales taxes on online purchases — moves that will likely more than balance out the tax cuts for low-and-middle-income residents, according to a study by the Institute on Taxation and Economic Policy released yesterday by left-leaning think tank Policy Matters Ohio.

"Both the fuel tax increases and the online sales tax moves were needed – the first to provide badly needed revenue to bolster the transportation system and the second to level the playing field between online and brick-and-mortar retailers," the study's authors write. "However, the changes in both the gas tax and sales tax are regressive, falling more heavily on lower-income taxpayers. While needed steps, they illustrate the need for larger policies that will address the fairness of the Ohio tax system, including a refundable Earned Income Tax Credit."

Currently, Ohio's EITC gives tax credits on 10 percent of lower-income workers' income. The state legislature upped that to 30 percent and got rid of a $20,000 cap on the EITC. But it also cut personal income taxes by four percent across the board and heaped on a 10.5 cent increase in gas taxes. Taken together with collection of online sales taxes, the moves mean that wealthy Ohioans will see a big cut, while lower-income Ohioans will actually pay ever so slightly more, according to ITEP's analysis.