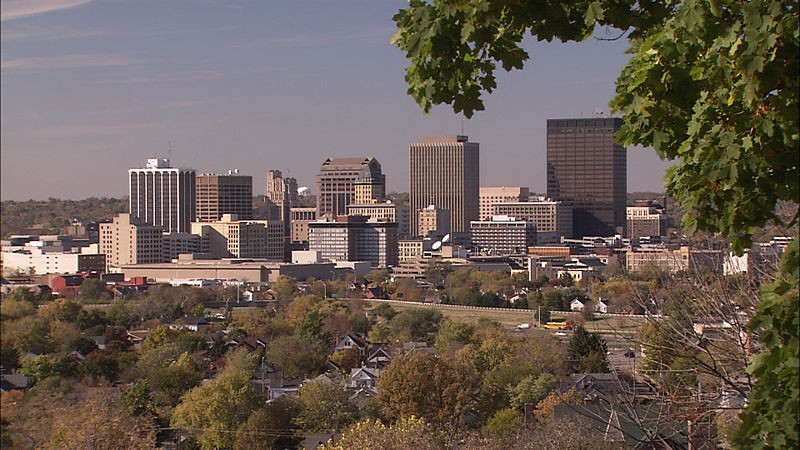 Using video footage and physical evidence, Dayton Police investigators say they have pieced together the movements of Connor Betts running up to the moment early Aug. 4 when he opened fire in the city’s popular Oregon District, killing nine and wounding 17.

Betts arrived with his sibling Megan Betts and a friend, both of whom Betts would later shoot during his rampage. Video footage from a local business first catches Betts at 11:04 p.m. in a parking lot walking with the two away from the car they took to the district — a car authorities say was loaded with Betts’ .223 caliber AR-15 assault-style rifle, 100-round magazine and body armor. Those items were purchased legally by a friend of Betts who is now facing up to 15 years on federal charges related to the items.

At some point, Betts split off from his sibling and companion.

Before the shooting, Betts entered popular music venue Blind Bob’s, left a short time later, and went to Ned Pepper’s. Nothing in investigatory interviews or video footage shows any interactions that would have elicited such a violent incident.

Dayton Police Chief Richard Biehl says it is possible Betts entered Ned Pepper’s to case the location — he would shortly afterward open fire outside the bar — but that he seems to have planned the shooting long before.

“He had contact with individuals there, but nothing of significance,” Biehl told reporters at a news conference today. “This was a plan well before he got to the Oregon District.”

After entering Ned Pepper’s, Betts cut back through alleyways and parking lots to get to the car he arrived in, where he retrieved a backpack believed to contain components of the firearm he used in the shooting and body armor.

There is a nine-minute gap in video footage while Betts in an alleyway behind a business called Newcomb’s. Authorities believe this is where Betts assembled and loaded his weapon and put on the body armor.

“The next day as we were processing the scene… there was an unspent round that was damaged like it had to be ejected,” Dayton Police Lt. Paul Saunders said. “We’re pretty sure that as he was turning this corner, he was charging his weapon.”

One major question — whether Betts targeted his sibling and their friend— is still unclear.

The two were among the first three people shot in Betts’ rampage as they stood outside a taco stand in front of Ned Pepper’s. Betts’ sibling died, and the companion was injured.

Biehl says Betts and his sibling communicated that night — a brief phone call and texts, including one seven minutes before the shooting in which Betts’ sibling tells him they’re at the taco stand.

But not all law enforcement investigators are convinced Betts targeted the two..

Biehl points out that the two were on the far side of a set of umbrellas and were likely shot while Betts was in a place where could not see who they were. He calls evidence from that evening “inconclusive” as to whether Betts was going after them specifically.

“There are arguments on both sides,” he said. “Based on the evidence from that night, I don’t think we can make that call.”

Biehl and other investigators do believe Betts acted alone and say there is no evidence anyone came into the alley to help him.

“We’re not saying this is the finality of that conversation, but clearly during that day during this time we don’t see anyone assisting him,” Biehl said. “It seems to strongly suggest that his companions had no idea what he was going to do or have any knowledge of the weapons in the vehicle.”

Betts opened fire about 1:05 a.m. and was shot and killed by several police stationed nearby about 32 seconds later. His body armor did not protect him from police gun fire in part because of the manner in which he wore it, Biehl said, but did not provide details.

“The body armor, because of the way it was worn, was vulnerable, and fortunately we were able to take advantage of that vulnerability,” he said.

Authorities say they found drug paraphernalia on Betts, but it won’t be clear if he was under the influence of any substances until toxicology reports come back roughly two weeks from now.

Biehl said it is impossible to know Betts’ exact motivations the night of the shootings at this point, but he pointed to the 24-year-old’s past behaviors, including an obsession with mass shootings that Betts shared with friends and an ex-girlfriends and a high school list of classmates he wanted to kill or rape. Biehl said that investigators aren’t aware of a specific diagnosis of mental illness, but did note that Betts had received mental health treatment in the past. The shooter had only minor criminal charges on his record.

“I think we have a lot of historical information about his mindset and its progression,” Biehl said. “There is a history of obsession with violence and violent ideations, interest in mass shootings and wish to carry out mass shootings.”

Delving deeper into those predilections is the job of the FBI, he said.

“There were literally hundreds of people within our organization and throughout the region who provided services during this tragic event,” she said.

Authorities say the investigation into the shootings will continue.