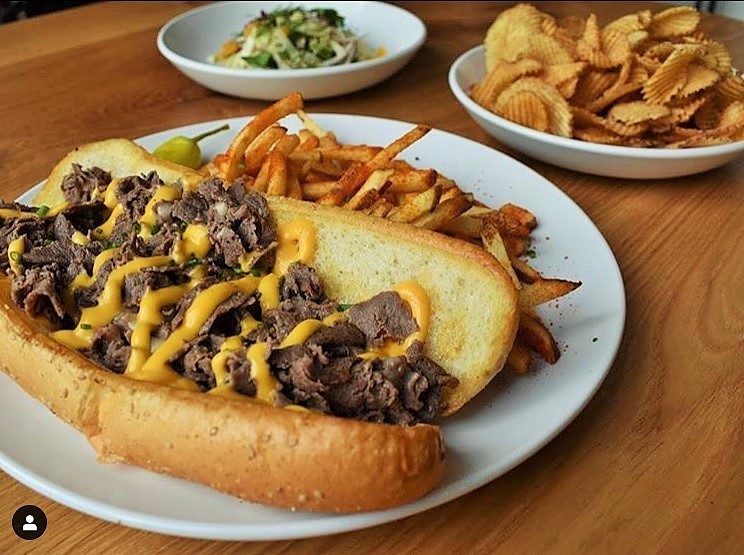 Last month we learned that two tenants would be departing Ohio City Galley a little sooner than planned. Now we know what will be replacing at least one of them.

The Rice Shop, an Asian-fusion rice bowl concept, vacated the contemporary food hall and bar recently after chef-owner Anthony Zappola, who also operates Lox, Stock and Brisket (13892 Cedar Rd., 216-471-8175) in University Heights, stated that the demands of running two different spots on opposite sides of town have become too burdensome.

Today we learned that Forest City Steaks will assume his space. The menu offers an approachable mix of salads (with and without meat), flat breads and the signature cheese steaks. Those Philly-style hoagies are built with shaved ribeye, provolone and a "wiz spread" on a genuine Amoroso bun. Other versions feature house-made pastrami, swiss and kraut, and a vegan option consisting of "sausage," caramelized onions, and faux cheese on a pretzel roll.

Poca, the regional Mexican eatery from chef Michael Nowak, will continue serving until early September, at which point it will be replaced with a new concept. The other two operators, Tinman and Sauce the City, will remain until the end of the year as planned, at which point they will be swapped out with new eateries.