'Where’d You Go, Bernadette' Offers a Sympathetic Portrait of a Woman on the Verge of a Nervous Breakdown 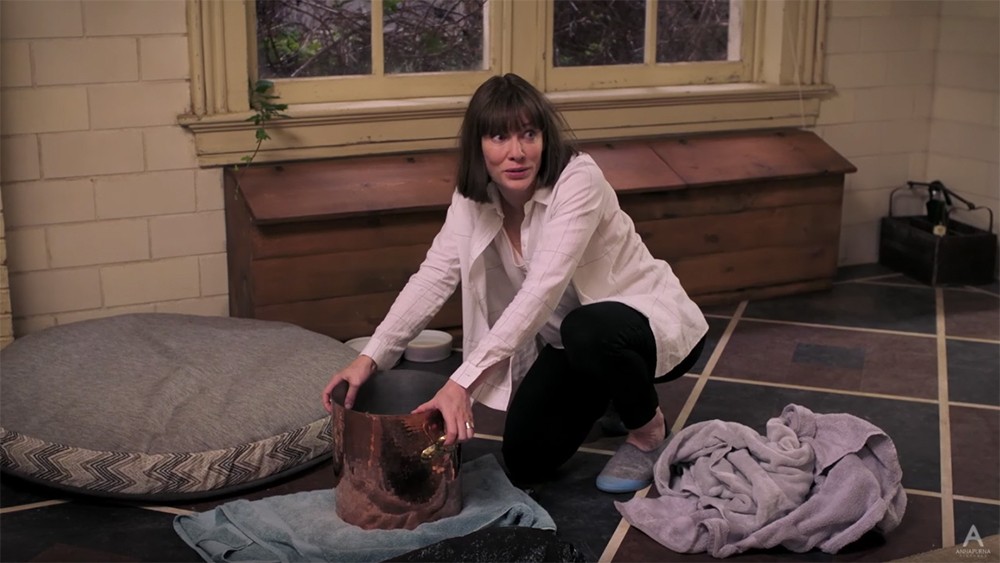 A film about a fractured family that tries to reconnect during a trip to Antarctica of all places, Where’d You Go, Bernadette represents another character study from writer-director Richard Linklater (Dazed and Confused, Before Sunrise, Boyhood).

This time, however, Linklater works from a novel, and the results are rather mixed. Cate Blanchett gives a solid performance, but the film comes off as the sentimental stuff you see on Lifetime.

The movie opens area-wide on Friday.

At the movie’s start, Bernadette (Blanchett) and Elgin’s (Billy Crudup) daughter Bee (Emma Nelson) suggests they take a trip to Antarctica before she heads off to boarding school. Bernadette begins to panic because even the smallest cruise ship has about 150 passengers on it, and she doesn’t want to be in the proximity of that many people. In order to weasel out of the trip, she comes up with a “gutless” plan for an out and schedules major dental work before scrapping that scheme at the last minute.

We soon learn she has good reason to be concerned about her ability to hold it together for the trip.

One of architecture’s “true enigmas,” Bernadette was going to build a house in Los Angeles only using materials from a 20-mile radius. A TV magnet purchased the property, ruining her plans, and sending her into a downward spiral. She and Elgin moved to Seattle after he got a gig at Microsoft, and while she purchased a giant schoolhouse with the hopes of transforming into their home, she gave up those aspirations and started popping pills and focusing on raising Bee.

Concerned that she can’t get along with their neighbors or any of their friends, Elgin enlists the help of Dr. Kurtz (Judy Greer), who stages an intervention and informs Bernadette she should spend some time at the mental hospital. Bernadette freaks out and “escapes,” as her husband puts it when she disappears, enlisting the help of Audrey (Kristen Wiig), her hated neighbor.

She sneaks off to Antarctica, and Bee and Elgin follow her after Audrey tips them off. While sitting on the boat, Elgin tells Bee that his prized invention for Microsoft has been folded into games, and he’s no longer on the project. “Your dad is a free agent,” he says, adding that he turned in his badge. “Get used to it; I’ll be around a lot more.”

Meanwhile, Bernadette tells a researcher she’s befriended while kayaking that she could design a new South Pole station. She sneaks onto the boat going to the next stop, Palmer Station. The station manager there is pissed when she shows up announced but hands her over to the diesel mechanic who teaches her about how to repair engines.

A happy ending lies just around the corner.

While the best-selling Judy Clain novel upon which Where You’d Go, Bernadette is based won a handful of awards, the film adaption isn’t likely to pick up any traction, in part because it’s bound to get lost in the summer shuffle and in part because it’s such a middle-of-the-road endeavor.

Where'd You Go, Bernadette is not showing in any theaters in the area.