Bird Scooters Now Available for Rental in Cleveland, More on the Way 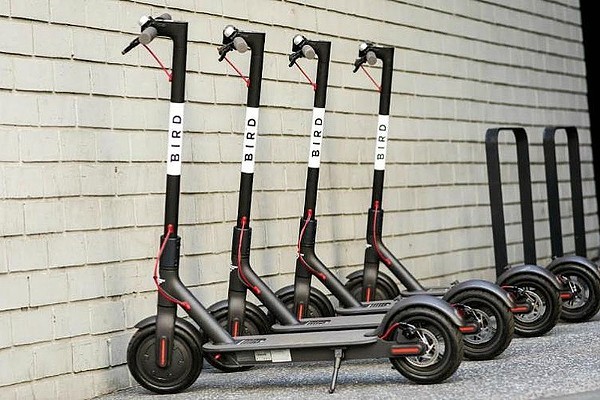 As fate would have it, Bird, the e-mobility company that dumped e-scooters on Cleveland's streets last summer and ignited the local debate — and ultimately the local policy — about micromobility, is now the first company with scooters available for rental in Cleveland.

City Hall has just alerted the press that Bird has completed its permitting process, and its devices are now out on the streets.

Bird is one of four vendors to have been selected for a six-month demonstration period in Cleveland, during which safety considerations are meant to be sussed out.

The other three vendors, Lime, Spin and VeoRide, are currently completing the permitting process, which includes establishing a local physical location and hiring a local staff. When Scene spoke with a representative from Lime last week, the company said they were planning a safety demonstration over the weekend and expected to have rentals ready to go by the end of the month. The others should be up and running soon as well.

Under the city's safety guidelines for the first six months, vendors are required to deactivate their scooters overnight, (from 7 p.m. to 7 a.m.), so bear that in mind as you try them out. The city advises that all scooter users wear a helmet, stay alert, follow traffic laws and avoid riding erratically.