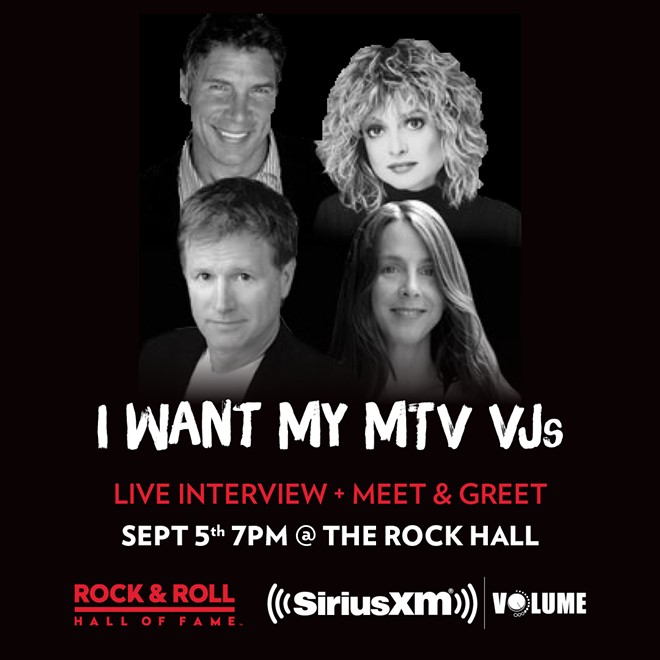 Not so long ago, MTV actually helped launch musical acts by airing their music videos and giving them much-needed national exposure. Sadly, the station has moved away from that approach, but original MTV VJs Nina Blackwood, Mark Goodman, Alan Hunter and Martha Quinn will discuss that time period in an interview session and meet-and-greet at 7 p.m. on Thursday, Sept. 5, at the Rock Hall.

They’ll talk about those glory days in a conversation moderated by Karen Herman, the Rock Hall’s Vice President and Chief Curator. Blackwood will join the conversation by phone.

SiriusXM’s Volume (channel 106), the channel devoted to "the discussion and dissection of music," will broadcast the conversation in its entirety at 7 and 11 p.m. the next day.

The event relates to the Rock Hall’s multi-floor exhibition, Stay Tuned: Rock On TV, which closes on September 8.