Inmate Who Escaped Cuyahoga County Jail Has Been Caught 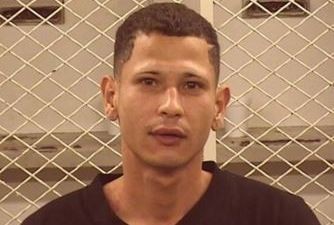 Ferdinand Torres-Vargas, the inmate who escaped from the Cuyahoga County Jail sometime Tuesday evening, has been caught by U.S. Marshals.

He was in Brooklyn, and the Marshals say a tip led them to the escapee.

Now, of course, comes the question of how Torres-Vargas escaped in the first place.

A county spokesperson this week offered scant details other than to confirm that an emergency headcount was conducted on Wednesday morning while the facility was placed on lockdown.

The jail, of course, has been the subject of endless headlines in the past year, including a string of nine deaths, skyrocketing suicide and suicide attempts, deplorable conditions that the Marshals described in a scathing report as inhumane and unconstitutional, concerns about the medical and mental health treatment of inmates, multiple instances of corrections officers using excessive force on inmates, inmates who've attacked guards, indictments, resignations, understaffing, high turnover rates, forced overtime, continued redzoning, overcrowding, etc. etc. etc.

The jail's new director Ronda Gibson, whose previous experience included running the Lorain County Jail, has been on the job less than six months.