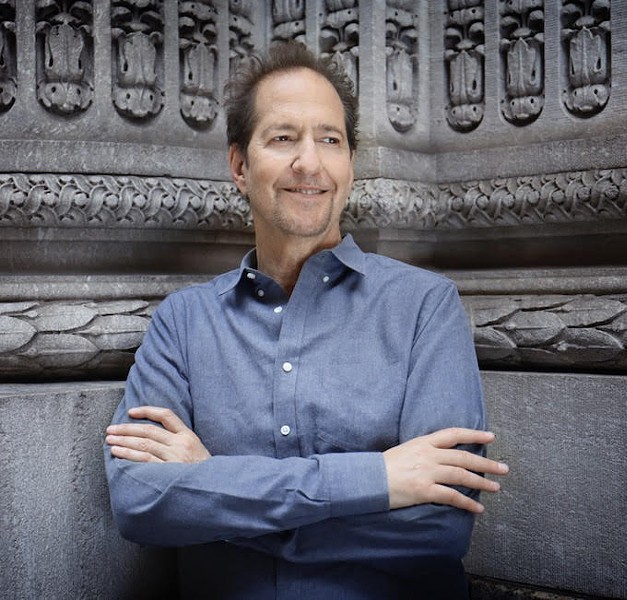 When jazz pianist Michael Wolff was diagnosed with cancer four years ago, he didn’t just take a break from playing music. He took a break from everything.

“I was in bed for eight months,” he says via phone from his New York home. Wolff, who’s now cancer-free, performs with his trio at 7:30 p.m. on Friday, Sept. 13, and at 8:30 p.m. on Saturday, Sept. 14, at Nighttown. Jazz trumpet player Eddie Henderson will also perform at Friday’s concert. “I had a totally rare cancer that only 300 people had had. There was no treatment. I was originally treated for another cancer that it either was or that it was diagnosed as. That didn’t work. I went to the hospital, and they did another biopsy and said I had a rare cancer. The doctor said he had never seen it before, so they sent me the rare cancer guy. That doctor had seen about 10 cases. He figured out a pill for something else that worked immediately. I was on that pill for three years, and now I’ve been off it for a year.”

As the cancer regressed, Wolff gradually returned to performing. He called up bassist Ben Allison, who lives near him, to see if he’d be up for doing a duo gig at the New York club Mezzrow. He was into it, and the two performed. After the performance, Wolff had a conversation with pianist Fred Hersch that would inspire him to write a new song.

“After that first set, Fred [Hersch], who’s a friend of mine who was the show, said, ‘You sound really good,’” Wolff recalls. “He’s been through his serious health issues. I said, ‘How did we get through this?’ He said, ‘We’re some tough Ashkenazis.' I said, ‘No, we’re tough Ashkenazi motherfuckers.’”

Wolff wrote a song with that phrase in mind for his latest album, Swirl, but admits the label didn’t want him to call it “Tough Ashkenazi Motherfuckers,” so he went with “Tough Ashkenazi.” A pensive piano number, it possesses a quiet intensity.

“I dedicate that song to Fred and me,” says Wolff. “We survived these horrible things. The groove interacts with that melody, and it’s kind of Fred Hersch-like to me.

Wolff originally started playing piano when he was only 4. He began taking lessons when he was 8 and got hooked.

“I just dug it,” he says. “My father was always playing records around the house — Ray Charles, Oscar Peterson, George Shearing and those guys. I loved them and that set me on the path. I was always doing it by ear and writing my own stuff and started getting into jazz when I was 15 and could really concentrate on it.”

He began working as a jazz musician in the ’70s, a time when there were, as he says, “a million gigs, always with a major band.”

“We went to Japan and Europe and South America,” he says. “We did clubs in the United States that were at least one week maybe two. You could work Tuesday through Sunday and play three sets a night. You’d do four sets on the weekends. It was great. That’s how I love to play.”

He became the musical director for jazz singer Nancy Wilson and then got a gig as the bandleader on The Arsenio Hall Show.

“Doing TV was a whole other thing, but I loved it,” he says. “I had a really great band. Arsenio Hall was a big music lover, so I had to play everything. That was what that job was. you had to play everything. I got to play with these great heroes of mine like Wayne Shorter and Herbie Hancock and Patti LaBelle and Whitney Houston and Ray Charles and B.B. King.”

Wolff recorded his most recent album, Swirl, live at the Yamaha Artist Service Piano Salon in New York. The intimate setting proved to be a great space for Wolff and his trio that includes bassist Ben Allison and drummer Victor Jones to debut some new songs as well as a cover of “Angel Eyes” and a version of “I Didn’t Know What Time It Was” informed by McCoy Tyner’s take from the 1969 LP Time for Tyner.

“They’re tunes I’ve loved over the years,” Wolff says of the two covers. “‘Angel Eyes’ is something I arranged a long time ago. It’s minor key and dark and bluesy. In the bridge, it goes to a major. I was playing with my friend Jeff Boudreaux, a drummer who lives in Paris. He said, ‘Why does the bridge have to get major?’ I said, ‘You’re right.’ I redid it. I love the way McCoy Tyner plays ‘I Didn’t Know What Time It Was’ with Bobby Hutcherson on the album Time for Tyner. I didn’t exactly steal it, but I was inspired by how they did it. It’s a great song. I rhythmically took it to a certain place where it’s more staccato and percussive. Whatever I do, I try to things in my own way. The guys in my trio are great players. I don’t tell them what to do.”

“Our trio isn’t about solos,” he says. “It’s about interaction. We do take solos, but it’s like we’re having a three-way conversation.”