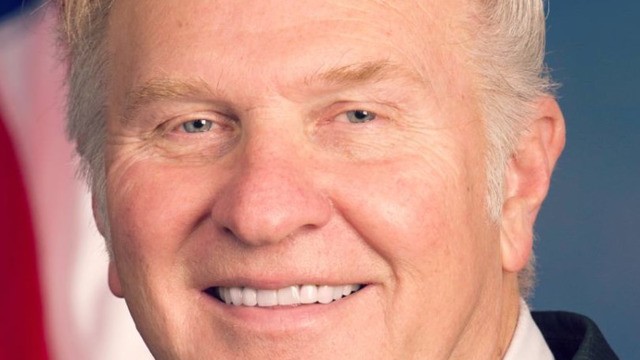 The man listed for years on campaign finance filings for 12-term Republican congressman Steve Chabot released a statement yesterday disavowing any major involvement with Chabot's campaign, claiming he had no idea he was listed as its treasurer.

An attorney for Jim Schwartz, Sr. issued the statement, deepening a mystery surrounding a more than $120,000 gap the Federal Elections Commission found in financial disclosure statements submitted by Chabot's campaign. The investigation into that unexplained gap is believed to center around Schwartz's son, prominent Republican consultant and long-time Chabot staffer Jamie Schwartz.

The FEC sent a letter addressed to "Jim Schwartz" late last month asking questions about the gap, and a review of filings with the FEC shows that Jim Schwartz, Sr. was listed as the Chabot campaign's treasurer as early as 2011. But the elder Schwartz said he was unaware of that.

“I am not now, nor have I ever been, the treasurer of the Steve Chabot for Congress campaign,” the statement from his attorney Daniel J. McCarthy reads. “I have never served the campaign in any official capacity, including as treasurer, at any time. I played no role in the campaign other than as an occasional volunteer. I had no knowledge of the use of my name on any campaign documents or filings until recent reports.”

That was news to Chabot's campaign, which has said it thought the elder Schwartz had been its treasurer since 2011.

Mark Braden, an attorney for Chabot's campaign, said in a statement that Chabot is the victim of "financial malfeasance."

Chabot handily beat Democratic challenger Hamilton County Clerk of Courts Aftab Pureval last year, netting 51 percent of the vote in a district that includes both blueing Hamilton County and deep-red Warren County. One of the more dramatic issues in that campaign hinged on questions around Pureval's use of money from his Clerk of Courts campaign account for his congressional run.

The Ohio Elections Commission eventually dropped most of the charges against Pureval, who was fined $100 for paying a photographer who captured his congressional bid announcement from his Clerk of Courts campaign account.

In the aftermath of the FEC's letter, Fountain Square Group, a campaign strategy firm run by the younger Schwartz, abruptly deleted its Facebook page. Schwartz has been a longtime high-level campaign staff member for Chabot, as well as an employee in his congressional office, and Fountain Square Group has a number of contracts with other local Republican campaigns, including Hamilton County Commission candidate Andy Black.

The younger Schwartz has not released a statement yet.

The FEC has asked Chabot to respond to its questions by Oct. 1.