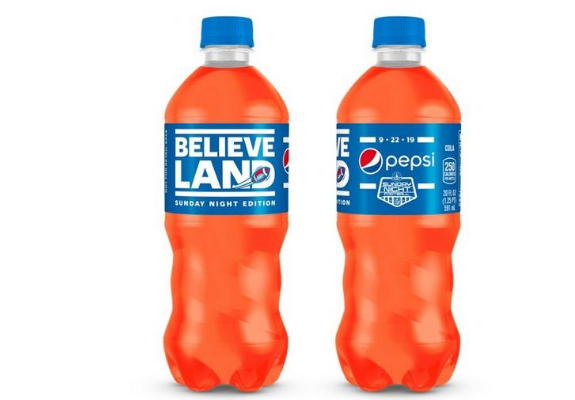 The Cleveland Browns haven't made a Sunday Night Football appearance since 2008. And in honor of this weekend's highly-anticipated matchup against the Los Angeles Rams at FirstEnergy Staduim, Pepsi is unleashing an orange soda they're calling "Believeland" Pepsi.

To go along with the release of the safety cone-colored concoction, the company is also hosting a free tailgate party at Lindey’s Lake House in the Flats. Kicking off at 2 p.m., fans get to taste the beverage as well as have a chance to win prizes and play trivia.

To make the product even more special, Pepsi is only making 1,100 bottles of the stuff — marking the 11 years it took to get back to Sunday Night Football with 100 bottles per year. And just like Willy Wonka, five of the bottles will feature hidden golden labels that offer a special prize.

After last night's glorious win against the New York Jets (who it must be noted were playing their backup to the backup quarterback), expectations for the Browns are at an all-time high going into this Sunday night game.

After 11 years, Sunday Night Football returns to Cleveland. That calls for something special. #GoBelieveland pic.twitter.com/5fnEQ8OFew