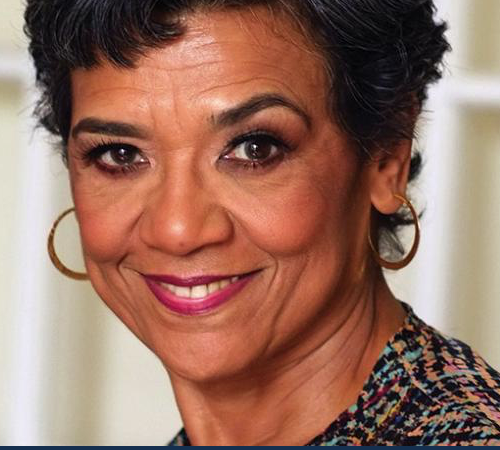 One of the first Hispanics on national television, Sonia Manzano, who portrayed Maria on Sesame Street from 1971 to 2015 while also writing for the PBS show will speak at Case Western Reserve University as part of the 2019-2020 Power of Diversity Lecture Series.

Entitled "From the South Bronx to Sesame Street (A Puerto Rican Story)," the talk will take place at 4:30 p.m. on Tuesday, Oct. 15, at the Mandel Community Studies Center, Room 115, at 11402 Bellflower Road, on the Case Western Reserve campus.

“So many of us have grown up with the communal stories Sonia Manzano has shared on television and in print and continue to be impacted by her body of work,” says Joy Bostic, interim vice president for the Case Western Reserve Office for Inclusion, Diversity and Equal Opportunity. “Sonia Manzano’s appearance on our campus is a powerful addition to our diversity education and awareness initiatives.”

Raised in the South Bronx, Manzano first developed her skills and love for performance at Manhattan’s High School of Performing Arts. While still a junior at Carnegie Mellon University in Pittsburgh, she starred in the original production of the off-Broadway show Godspell. She was then cast in Sesame Street. She also served as a writer, winning 15 Emmys as part of the show’s writing team.

She's performed in a several New York-based stage productions, and her film credits include Deathwish, Follow That Bird and Elmo in Grouchland. As an author, Manzano contributed to the Peabody Award-winning children's series Little Bill and penned a number of her own books. Her first young-adult novel, 2012’s The Revolution of Evelyn Serrano, centers on the Latino community during the Civil Rights Movement.

She retired from Sesame Street in 2015 but continues to advocate for education, diversity and children’s issues. She released her memoir Becoming Maria: Love and Chaos in the South Bronx in 2015 and received the Lifetime Achievement Award at the 43rd Annual Daytime Emmy Awards in 2016.

To RSVP for the event, which is free, visit case.edu/diversity or email janetta.hammock@case.edu.