Lorain-Carnegie Bridge Closed Briefly this Morning Due to Suicide Threat 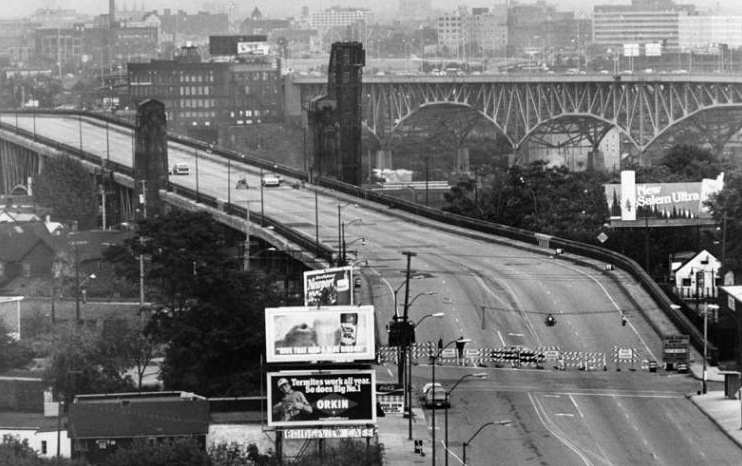 The Lorain-Carnegie Bridge was closed to traffic briefly this morning as Cleveland police responded to a man threatening to jump. The Cleveland Police public information office reported to Scene that the man is now safe and in police custody.

Police received the call at about 8:30 a.m., and the incident concluded just after 9. Traffic was diverted on both the eastern and western entrance to the bridge, but it should now be back open, according to Cleveland Police.