Calexico and Iron & Wine to Perform at the Agora in February 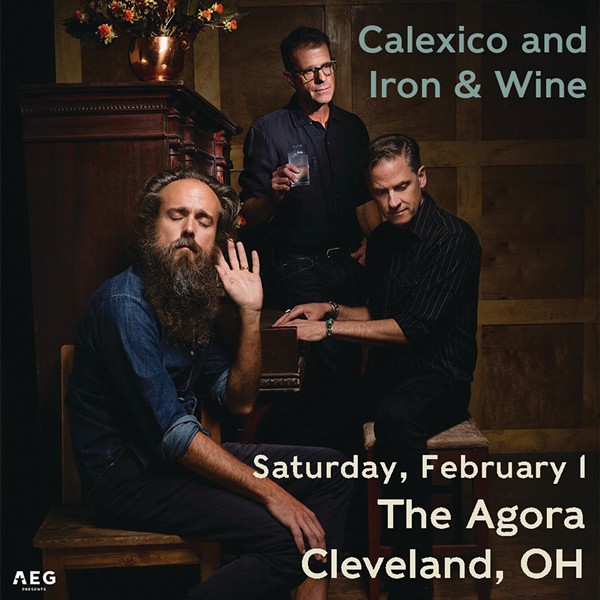 Earlier this week, Calexico and Iron & Wine, two indie rock acts who first collaborated together on the 2005 EP In the Reins, announced a tour in support of their latest collaboration, Years to Burn, an album the two acts recorded last year in Nashville with engineer Matt Ross-Spang, a guy whose recent resume includes producing Margo Price’s Midwest Farmer’s Daughter, working with Memphis legends like Al Green and winning a Grammy for mixing Jason Isbell’s album Something More Than Free.

The jaunt includes a Feb. 1 stop at the Agora.

“Life is hard. Awesome. And scary as shit. But it can lift you up if you let it,” says Iron & Wine’s Sam Beam in a press release announcing the tour. “These are the things [Calexico's] Joey [Burns] and I write about now. And the title can encapsulate a lot of things. ‘Years to Burn’ could mean you’re cocky; you’ve got it made. Or, our life is ours to burn, to be inspired. Or you’re burned by life, brutalized. It’s an ambiguous title because life is complicated. Let’s not talk like teenagers about love, desire, pain, ’cause we’re not teenagers. And that’s not a bad thing.”

“This project had to find the right time,” adds Burns. “We’re all different people than we were in 2004, and music helps to bridge some of the gaps. For all the things going on in our world and in each of our lives, this connection, this friendship, this love that we have — this album is a vehicle for that bond. It’s a chance to see where we’re at, take stock and be there for our friends.”