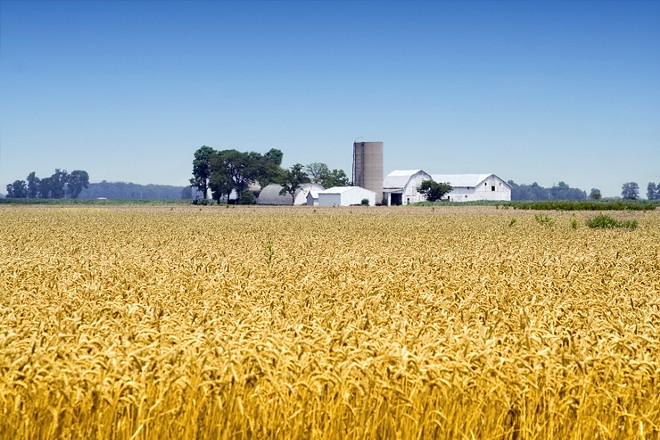 LIMA, Ohio - Ohio farmers looking for relief for lost crops due to extensive flooding this year can now apply for disaster aid from the Department of Agriculture.

Sen. Sherrod Brown pushed for the funds after the Ohio Farm Bureau announced 2019 was the worst planting season since the 1970s. Historic rains have led to oversaturated fields, according to Joe Logan, president of the Ohio Farmers Union.

"It won't make farmers whole, but it will certainly be helpful," Logan said. "And in many cases, it will make the difference between farmers being able to live and farm another year or farmers meaning to just throw in the towel."

According to the National Agricultural Statistics Service, as of July 1, only 91% of Ohio's corn and 81% of its soybeans had been planted; whereas in 2018, 100% of those crops were planted by the same time.

Logan said his farm, which grows corn, soybeans and wheat, saw a 20% decrease in the number of acres he was able to plant. He added the new disaster funding is a positive development, but is more of a Band-Aid than a permanent solution for farmers who face disasters.

"What we need is a more sort of systemic, long-term and enduring policy that allows farmers to compete in the market in an open-market fashion and gain revenue from the sales of crops rather than government subsidies," he said.

Logan also pointed out that the southeastern part of the country will consume a majority of the federal government's disaster funding because of hurricanes and heavy rains - which means there might not be much left for farmers in the Midwest.