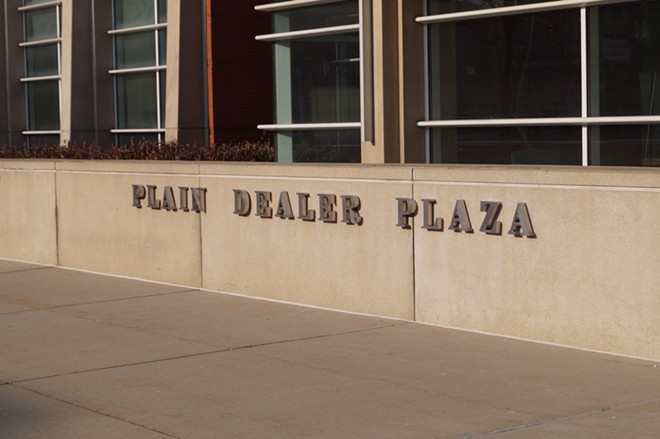 Friday, the Plain Dealer and cleveland.com published the fifth installment of a major story. "Case Closed" began Monday as a harrowing account of a woman's rape and its aftermath. But like the best investigative reporting, it has now taken aim at a structure of injustice, probing the chronically under-resourced sex crimes division of the Cleveland Police Department and exposing ways that victims are serially re-traumatized as their cases "fall through the cracks."

It is without question the most ambitious piece of journalism that either of the two local Advance newsrooms has published this year. (You can read the first chapter of "Case Closed" here, with links to subsequent chapters at the bottom of the page.)

The story, written by reporters Rachel Dissell and Andrea Simakis with photos by Lynn Ischay, was assembled on the digital storytelling platform Shorthand and has been published in chapters on a standalone web page. The sixth and final chapter will run Saturday, and the total package will be published as a special section in the Sunday Plain Dealer.

Editor George Rodrigue told Scene that "Case Closed" was "the most detailed and elaborate digital presentation" that the PD newsroom had attempted during his tenure.

"We felt it was warranted because this is an extraordinary narrative, and the photos and videos are such a compelling part of the story," he said.

The team spent more than a year reporting and compiling the final product. It was a massive expenditure of time and energy compounded by the weighty subject matter and the congenitally tight lips of the Cleveland Police Department, (congenitally tight lips being a hallmark of every city department under Mayor Frank Jackson). No police detective supervisor was permitted to speak to the reporters on the record, and both the Mayor and Police Chief Calvin Williams denied interview requests. Williams did provide a generic comment, through a spokeswoman, in Friday's chapter.

Dissell wrote Scene in an email that if they had received timely public records from the Cleveland Police Department, "Case Closed" could have been published five months ago.

"At one point, they wanted [Sandi Fedor, the main subject of the story] to come to City Hall and show her ID in order to release a redacted copy of her own interview," Dissell wrote.

The origin of the story was Fedor's desperation. She contacted the Plain Dealer in 2018 after making little headway with the Cleveland Police. She had already given investigators her attacker's name — the man was already in prison — and just wanted them to charge him.

Simakis told Scene that Dissell's "tireless body of work" on sexual assault over the past decade undoubtedly influenced Fedor's decision to bring her case to the PD.

Simakis and Dissell are both members of the PD's (still nameless!) investigations team launched this summer, though they have traditionally covered different subject areas and profess to "totally different" reporting and writing styles. But when they decided to tackle the story together as a longform narrative project, which would require extensive reporting and intimacy with the subject to convey events from her perspective, their talents proved to be complementary.

"By the end, we were literally typing on the same GoogleDoc, finishing each other’s sentences," Dissell wrote.

Early online metrics show that readers are spending more time with the story than they typically do, which is a good sign for Dissell, who said she hoped the piece challenged readers to get to know Sandi Fedor "as a person with a family and as a person who deserved to be treated with dignity when she reported her rape."

"In the larger context," she continued, "people who live, work and visit in this community should be asking why the response to crimes that are gender-based or where victims are mostly women aren't getting the time and attention they deserve — not just now, but going back decades. Can the current culture and (patriarchal) system be changed? Will those who run it admit there is a problem and to tackle it with openness and transparency that allows for public accountability?"

Simakis said that for systemic change of that nature to occur, the issue needs a champion.

"When we spoke to experts in the field who had taken part in or studied reforms in other cities, they told us that reform doesn’t happen ex nihilo, or necessarily because of an expose like 'Case Closed,'" she wrote. "Someone needs to take up the issue and make it their own. Who will that be in Cleveland?"