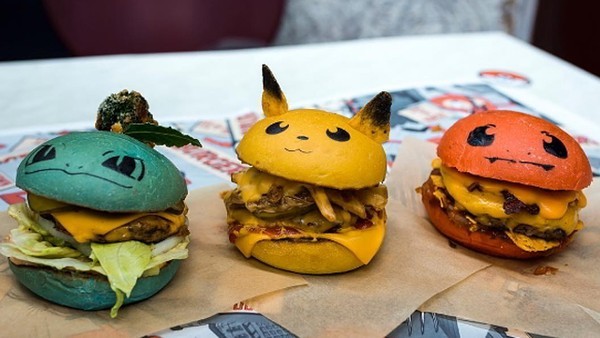 The event-planning company Viral Ventures was supposed to bring a Pokémon-themed pop-up bar to Goldhorn Brewery in Cleveland this upcoming weekend.

"We were contacted months ago by the organizer asking if we'd be interested in having the event, so we went back and forth and arrived on a date," Goldhorn Brewery owner Rick Semersky tells Scene. "It seemed like such a cool thing."

Many of you agreed, judging by the shares and interest in our post announcing the pop-up back in June.

But, ever since it was announced and a date agreed upon, Goldhorn had heard curiously little.

A couple weeks ago, after a long stretch of zero communication, the Australian company finally got back with Goldhorn asking if they could move the event to next year.

"At that point we decided to cut ties," Semersky says. But by then many Cleveland Pokémon fans had purchased tickets for the event via Eventbrite. Cleveland's Pokebar event is not alone. Events across the country have either been canceled entirely or rescheduled. A spokesperson representing the event tells Scene there are still plans to hold the pop-up in Cleveland in early January, but now under a new name: The Monster Bar.

Viral Ventures has also recently cut ties with the event, spokesperson Terry Adams says, and it is now solely being run by Wonderland Global Events.

Turns out, neither company ever got the express permission to use the Pokémon name in its branding, which is illegal, and Nintendo took them to task. The new event website now clearly stipulates that it's "not associated with Nintendo® or its brands."

Viral Ventures is known for its wide array of pop-up style parties aimed at Millennial nostalgia. So far this year, the company has announced a Lego-themed bar pop-up and a ball pit party, along with the Pokémon pop-up in Cleveland alone.

For each event, the same format follows. Every local media outlet is blasted with a bunch of press release materials. Sometimes the event already has a date and a place, other times not. An Eventbrite page is also set up, along with a generic website that asks people to enter an email address for direct information.

But so far, despite nearly every local news outlet (including Scene) reporting on the various announcements, no Viral Ventures event has come to fruition in Cleveland.

However, some of the scheduled events have actually occurred in other cities.

Most recently, the Pokémon pop-up was held at Boomtown Brewery in Los Angeles. But some Twitter photos share a differing, underwhelming picture from the promo materials originally provided to the media:

So while the pop up bar was fun is was kinda underwhelming. Like 30% of the things advertised were not there and the DJs were just playing typical party music. Only the burger stand outside had Pokémon music playing

Some of the games were kinda uncreative.

When reached for comment one of the Boomtown managing partners Alex Kagianaris said the company was not at liberty to speak about a third-party event, but we do know the second weekend of the event was canceled.

The Pokebar website now has no information on the Pokemon-themed plans and instead asks users to click to learn more about Monster Brunch.

Meanwhile in Cleveland, the ball pit event is officially nixed but the Brick Bar pop-up (formerly known as the Lego Bar, but changed after proper logo licensing was not granted) is still allegedly going down in April, Adams confirms.

Customers who already bought a ticket to the Goldhorn Brewery event can choose to be reimbursed through Eventbrite or hang on to their tickets for the rescheduled Monster Bar — which we can only assume will feature zany Japanese creatures and artwork completely unaffiliated with Pokémon.

"We are currently working on our processes in order to avoid this issue in the future," Adams tells Scene.