Update: Crooked Path Productions to Donate a Portion of the Funds Raised Via Its Current Crowdfunding Campaign to Local Food Banks and Charities 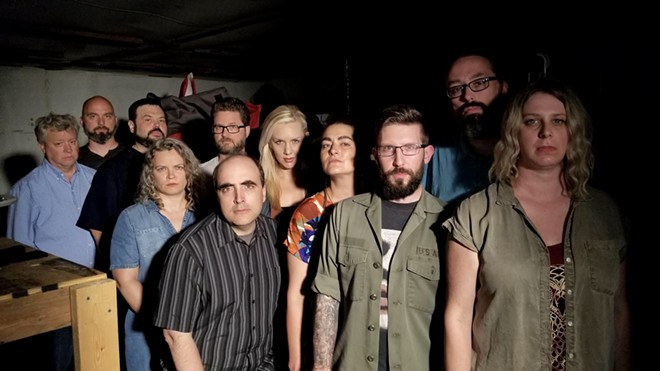 Update: Currently in the midst of a crowdfunding campaign for the second season of its drama podcast Cryptic, the locally based production company Crooked Path Productions has announced that it'll donate 10 percent of the funds it raises to local food banks and charities in the effort to help those feeling the economic impact of the shutdown due to coronavirus concerns.

“While we want to press on and stay business as usual, I saw this as a great opportunity to give back to the surrounding communities in this very uniquely challenging time," says Jeremiah Isley, the podcast's co-creator, producer, director, in a statement.

Previous Post 2/27/2019: Season 1 of Cryptic, a locally produced drama podcast, has come to end. Corresponding with the season finale, which aired yesterday, Crooked Path Productions has launched a crowdfunding campaign for Season 2.

The campaign, which will run through March 26, will feature exclusive reward levels including Cryptic branded merchandise, the chance to appear in an upcoming episode and rights to name a character in the upcoming season.


Original Post 10/8/2019: On Cryptic, a locally produced “modern radio drama podcast” that debuts on Oct. 30, listeners will follow the story of two characters, Cole and Julie Kurtz, as they host their own podcast exploring the world of Cryptids. The duo will aim to “uncover the truth behind well-known myths and legends [like] the existence of Bigfoot, Mothman, the Serpent Mound, etc.”

According to a press release about the podcast, other than simply trying to prove that the things we see on The Twilight Zone are possible, the two hosts will present differing points of view. Fans of podcasts like Tannis, Limetown, and The Phenomenon and TV shows like The X-files and The Twilight Zone will likely find the show appealing.