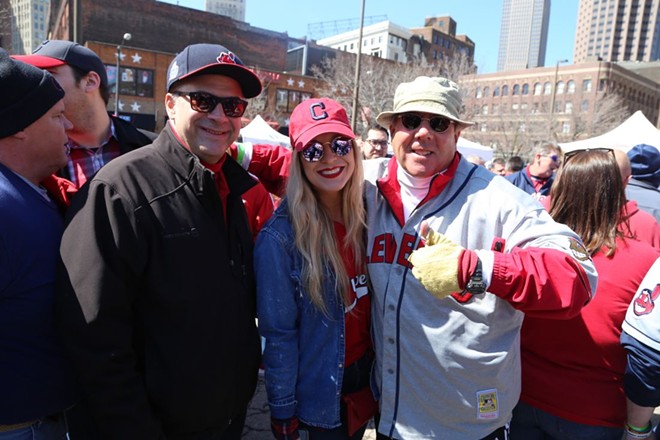 Earlier today, Cleveland Sports Commission announced that it’ll once again raffle off a Golden Ticket that provides admission to a total of 130 Cleveland sports games.

Starting today, tickets can be purchased online for $100 per raffle ticket. There are 800 tickets available. All proceeds from Golden Ticket sales benefit Greater Cleveland Sports Commission.

“Golden Ticket has been a significant fundraising effort by our organization for the last 13 years and would not be possible without the unwavering support of our partners at the Browns, Cavs and Indians,” says David Gilbert, President and CEO of Greater Cleveland Sports Commission, in a press release. “As Cleveland sports fans, we’re excited to share the opportunity to experience 130 games full of touchdowns, slam dunks and home runs with Northeast Ohio and appreciate the support the community has shown this fundraiser for more than a decade.”