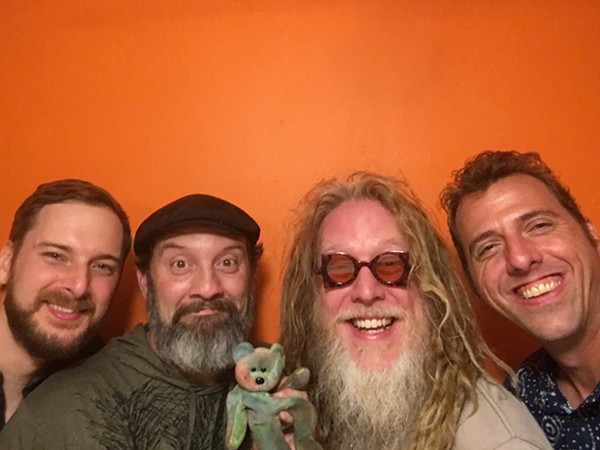 The show's special guests include the balloon artist Dizzy Doc and painter Trey Berry as well as “some great musical surprises.”

McDougald and Welton originally founded the band after they were inspired by a "higher calling" and the "deep desire to send sincere positive vibrations into the universe through expressive musical improvisation and thoughtful musical and lyrical composition.”

The group performs both as a “dynamic acoustic ensemble” and as “a full-blown electric face melting aural assault.” The band has played more than 1200 shows and released six CDs since its inception.

Tickets to the Beachland show cost $20.