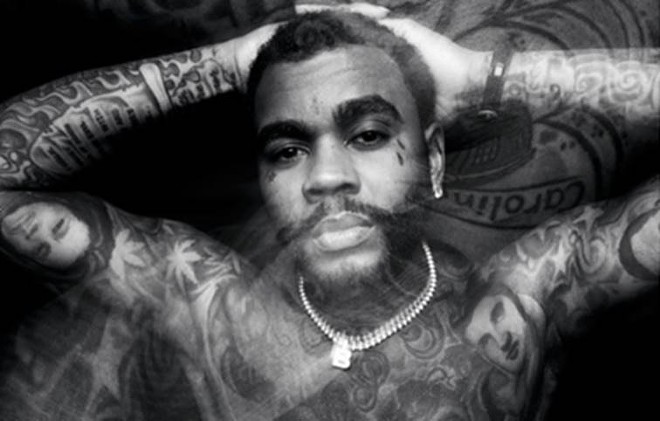 Kevin Gates raps about being a “prisoner in his own mind” on the heavily produced “Walls Talking,” an autobiographic tune that represents another hit for rapper, who recently dethroned Post Malone as the No. 1 artist on the Billboard R&B/Hip-Hop Album charts. Hugely popular, Gates has more than five billion streams under his belt. In 2016 – the year he released his debut album ISLAH – he was the second highest-selling hip-hop artist, right behind Drake. Expect a big crowd to be on hand for tonight's performance. (Jeff Niesel) 8 p.m. Agora Theatre.

After a longtime residency at Caesar's Palace in Las Vegas, Celine Dion is bringing her angelic vocals to the rest of North America and beyond this fall on the Courage World Tour, which comes on the heels of the 51-year-old being named L'Oreal makeup's newest spokesperson. She also announced a new album is in the works, also called Courage, the first since 2013's Loved Me Back to Life. Fans of the French Canadian songstress can expect a glittering show full of death-defying vocal gymnastics as well as epic chest-thumping. "My Heart Will Go On" will be there, and so will all of the other hits. This is the Dion's first world tour in a decade. (Laura Morrison), 7:30 p.m. Rocket Mortgage Fieldhouse.

The band formed in 2015 as two other local bands merged and started playing songs that singer-guitarist Sean Breeden had written. The five-piece compiled tracks for its new album, Nexus, after working with a couple different audio engineers and some friends who served as session musicians throughout the process. Half of the tracks were recorded/mixed at Blockhouse Studios in Bloomington, Indiana, with Andy Beargie, while the rest were done locally. Beargie, a Westlake native who went to Indiana University and does both commercial A/V stuff and indie rock music, works out of the former Echo Park Studios, which he recently purchased. The album was mastered at Cleveland-based Cauliflower Audio. Tonight's show at Mahall's serves as a release party. (Niesel) 8 p.m., $10 ADV, $12 DOS. Mahall's 20 Lanes.

Formed in the 1970s, W.I.T.C.H (an acronym for "We Intend To Cause Havoc") was led by singer Emanuel "Jagari" Chanda. After he left the band, the group recruited Patrick Chisembele and Christine Jackson to take over lead vocals, and the band started playing disco music. It would turn to traditional Zambian music until the band reunited in 2013 with Chanda again at the helm. Tonight’s stop at the Beachland represents one of only a handful of U.S. gigs surrounding its appearance at the 2019 Desert Daze festival. (Niesel), 8 p.m., $20 ADV, $25 DOS. Beachland Ballroom.

A mix of blues, soul and Americana, Good for My Soul, the latest studio effort from Bill Toms & Hard Rain features a collection of tunes that sound so familiar they could pass for standards. With its woozy horns and raspy vocals, "I'd Be a Rich Man Today" kicks the album off with a bang. Toms launched his career some 30 years ago as the lead guitarist in Joe Grushecky and the Houserockers, a regional sensation that has always had a strong following in Cleveland. He comes to town tonight in support of a live album that came out earlier this year. (Niesel)8 p.m., $15. Beachland Tavern.

DIIV's highly anticipated third full-length album, Deceiver, came out last week to wide acclaim. The first single, "Skin Game," features hushed vocals and an undulating guitar riff, and the shoegaze-inspired "The Spark" comes off as a bit harsher with its driving guitars and squeals of feedback. The guys come to tow in the wake of a performance at the Desert Daze festival in Southern California. (Niesel) 7 p.m., $16 ADV, $18 DOS. Phantasy Theater.