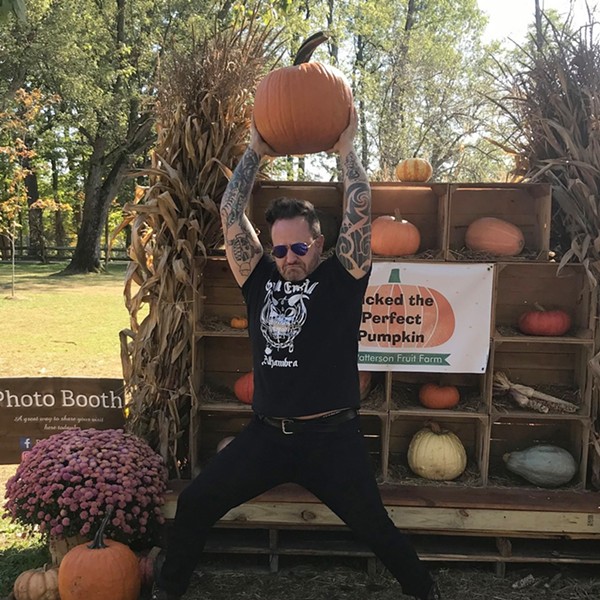 In 2000, Aaron “okPANTS” Sechrist formed the hardcore band Red Sky Falling. The following year, the band played its first show at the Phantasy Niteclub. That band morphed into At Wits End, and the group had a good long run that Sechrist says will now come to an end. The band’s upcoming show at the Phantasy will represent his last performance.

The concert, which takes place at 7 p.m. on Saturday, will double as Sechrist’s 40th birthday party and a Halloween show. Sechrist has called it the Pants Pantsley Memorial Show. American Werewolves, Above This Fire, Light Years and Seeress will also perform. DJ Larry Szyms will host an '80s-themed afterparty.

“The show is more about the other bands playing with us," says Sechrist. "We are not the headliner. It’s nice icing on the cake that my guys wanted to play this show."

At Wits End last performed about five years ago, but Sechrist likens returning to the stage to riding a bicycle.

"I’m more worried about my cardio than my actual singing," he says. "It’ll just be fun. We only ever recorded nine songs, and we played them so much that I’m not worried about relearning them. If we were opening for Rancid at some arena, it would be a different story. But this is really just a party with our friends. We’re like the ornament on the car."