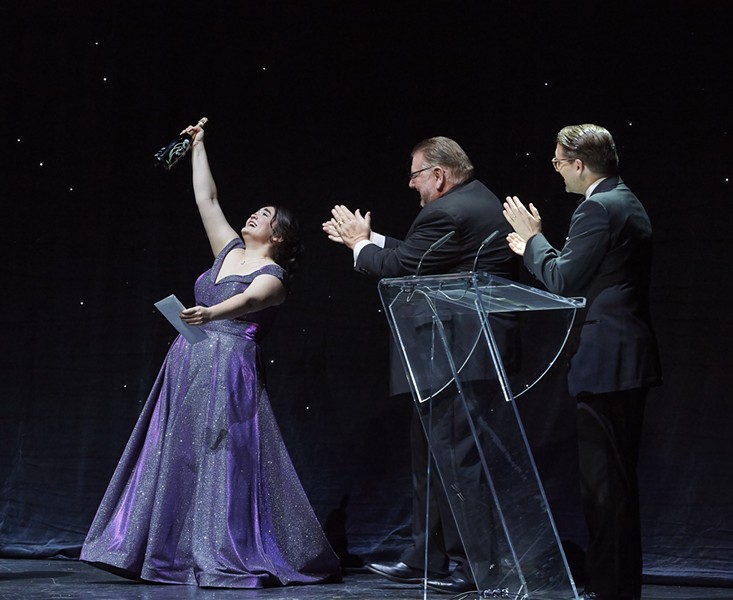 Marsh won the $5,000 award, as well as a performance opportunity at Ontario’s Elora Festival. She also took home the Audience Choice Award, worth $2,000.

“Canada’s wealth of operatic talent continues to impress me. Each of this year’s Ensemble Studio Competition finalists should be exceptionally proud of what they’ve accomplished,” says COC General Director Alexander Neef in a press release. “The competition may be over, but their journeys are just beginning and I think I speak for everyone in the audience last night when I say I can’t wait to see what comes next for them.”

Original post 10/24/2019: The annual Ensemble Studio Competition that takes place in Toronto functions as an American Idol-style competition for the Canadian Opera Company. Judges scour the country for young opera talent in a series of auditions. The contestants then spend a week doing intensive training and perform one last song for judges in front of a live audience. This year’s seven finalists come from all over the country, and the list includes dual-citizen Midori Marsh of Cleveland.

Winners get invited to a career-development program for young singers that covers everything from voice training to mental health classes to business and finance courses.

“The Ensemble Studio Competition is always one of the most exciting events of the season — for both the judges and the audience,” says COC General Director Alexander Neef, who also serves on the judging panel, in a press release about the event. “It’s a joy and a privilege to be part of a singer’s journey from the very beginning, which is why we open up this process to the wider community.”

The competition takes place on Wednesday at the Four Seasons Centre for the Performing Arts in Toronto.