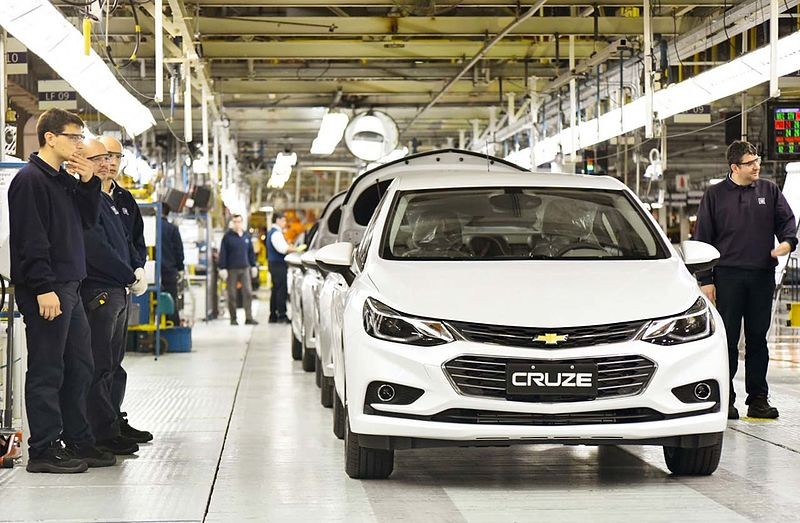 After almost six weeks of striking by tens of thousands of workers, including many in Ohio, the union representing General Motors employees came to an agreement with the company Friday, The New York Times reports.

The new contract between United Auto Workers members and GM means wage increases, opportunities for temporary workers to become permanent, an easier, four-year path to the company's top hourly pay tier of $32 an hour and an $11,000 bonus for each UAW worker.

It isn't clear exactly how many of the union's 49,200 members at 55 factories and warehouses nationwide voted in favor of the contract. Some plants will fare better than others under the agreement, however. While GM's Detroit-Hamtramck plant will be saved from a scheduled January closing under the new contract and is now slated for a $3 billion expansion, for example, three others will still be shuttered under the new deal.

Those include Ohio's Lordstown plant, which has been the focus of national attention. GM once manufactured the Chevy Cruze there, but shuttered the factory in March and is looking to sell it. Just two years ago, 4,500 people worked there.

“We just wanted them to remember that what happened to us can happen to them ’cause there’s nothing in this contract that stops GM from showing up unannounced at their plant the Monday after Thanksgiving — for example, like they did to us — and telling them they’re done,” UAW Local 1112 President Tim O’Hara told local media Oct. 26.

GM has discussed opening up a battery plant near the current facility, though the jobs at that plant would be lower-paying. A company called Lordstown Motors Corp., a subsidiary of Loveland-based electric truck manufacturer Workhorse Corp., has floated buying the plant and employing about 400 people there. However, it must raise money for the purchase. The company has bid on a large contract to build electric trucks for the U.S. Postal Service.

“We don’t know the timeline on that," O'Hara said. "I mean, it could be one to two years from now. Obviously, we can’t sustain… financially, for that long of a period."

The now-concluded strike included workers from a GM distribution center in West Chester Township just north of Cincinnati. Many of the roughly 100 workers employed at that site picketed there during the weeks leading up to the agreement.