What You Need to Know About This Weekend's Retro Invasion Event 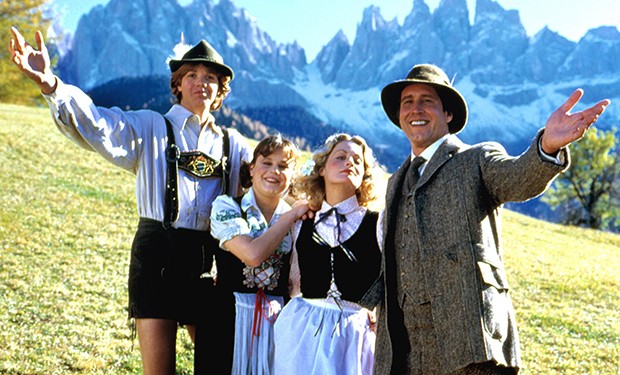 A University of Akron graduate, Retro Invasion Weekend organizer Joe Ostrica worked as a journalist for more than 20 years and has made several films. Actors from numerous horror films showed up at a Retro Invasion event that took place earlier this year, and Ostrica has another good mix of movie stars slated to appear at a follow-up event that takes place tomorrow, Saturday and Sunday at the Doubletree by Hilton in Westlake.

The fan convention features celebrity guests from movies as well as several artists and vendors. There will also be movie screenings and Q&A panels with the special guests.

It all commences at 4:30 p.m. tomorrow with a screening of National Lampoon’s European Vacation. A screening of Night of the Creeps along with a panel discussion follows.

During the weekend, there will also be a reunion of three stars of the Walter Hill cult classic The Warriors. Star Michael Beck, who also appeared in Xanadu and Megaforce, played Swan in the controversial 1979 film about rival gangs in New York. He'll appear alongside David Harris (Quicksilver, Brubaker), who played Cochise, and Terry Michos, who played Vermin.

Also on tap: the first-ever Gummo reunion featuring stars from the Harmony Korine film that takes place in Xenia, OH. Stars Jacob Reynolds, Nick Sutton and Jacob Sewell will be together for the first time since filming wrapped on the 1997 indie film.

All celebrity guests will be on hand to meet and greet the fans from 5 to 10 p.m. tomorrow, from 10 a.m. to 7 p.m. on Saturday and 11 a.m. to 2 p.m. on Sunday. They'll sell autographs and selfies at their tables. Special photo opportunities will take place Saturday during the mid-afternoon. All celebrities will appear at Q&A panels scheduled for Friday night and Saturday afternoon too.