In Advance of Next Week's Show at the Beachland, Veteran Singer-Songwriters Diane Gentile and Jesse Malin Talk About Their Careers 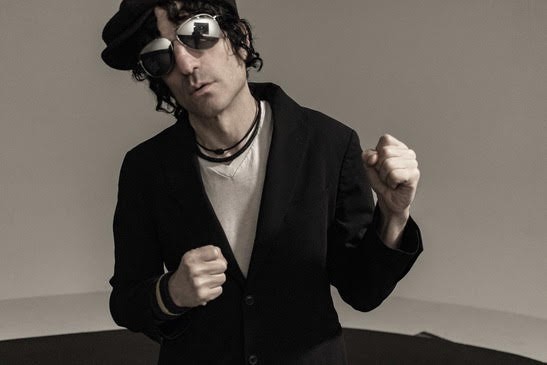 As singer-songwriter Diane Gentile explains, she and fellow singer-songwriter Jesse Malin “have a long history of being friends.” Gentile worked as Malin’s manager for several years and while she no longer has that role, the two have much in common when it comes to their taste in music, even though Malin leans Ameriana these days and Gentile tends to go in a garage-rock direction.

Gentile, who’s released a terrific EP earlier this year and has a full-length coming out next year, and Malin, who dropped his latest solo effort, Sunset Kids, earlier this year, have teamed up for a few Midwest dates. They perform at 8 p.m. on Friday, Nov. 8, at the Beachland Tavern. In separate interviews, they talk about their new albums.

The Dream Syndicate’s Steve Wynn produced Gentile’s EP, and Malin teamed up with alt-country icon Lucinda Williams for his album, which includes duets with Williams and a co-write with Green Day’s Billie Joe Armstrong.

Talk about how you know each other.
Gentile: We have a long history of being friends and working together in a lot of different capacities. I’ve played music since I was really young, but I’m a smart girl and knew I needed to make a living [doing something other than music]. I worked with [Malin] as a manager. I was interested in his demos. We just started working together. I worked with him for a couple of albums. We’ve always been really good friends, and musically, we have been on the same page. He helped me with my EP. He asked me to come out on this tour, and I think it’ll be amazing.
Malin: I met Diane when I was first going solo and making my record The Fine Art of Self-Destruction. Before I made the record, I was sending off demos to record companies. One of the demos I made went to a record company she was at called Artemis. She worked with a lot of people like Warren Zevon, so I respected her ear. We started to talk about my music, and then, I went to see her play. She was doing a solo acoustic thing at CBGBs. I thought she was pretty cool. She works in the music business, but she’s an artist.

How do you think your sets will complement each other?
Gentile: I think our sets will complement each other’s, but the only bummer is that my whole band won’t be there with me. I can’t afford to tour with my entire band since I’m the support. I’ll be in a duo format with me and one of the guys from the band.
Malin: Her songs are really emotional and connect with people lyrically. They have good hooks too. There’s storytelling from her life. We come on with a band, and it’s another type of storytelling, but it’s a little more physical. As much as I play whatever genre they want to stick you in, it’s uplifting thing. If we do it right, it’s a good one-two punch. They’ve been playing her music a bunch on some of the satellite stations.

What do you think of as your influences?
Gentile: I just love great music and every genre of music. I’m not the kind of person that comes just from a classic rock perspective. I like outcasts, to be honest with you. For example, I like the Sisters of Mercy. I like anything that is quality in a genre. I think that’s where my writing comes from. I think on this EP, I was listening to the Sisters of Mercy. They have a song called “Vision Thing” and I love the riff on the song and the fact that the song starts with the line “25 whores in a room next door.” It’s such a great visual image. The rhythmic riff of my song “Perfect People” was influenced by that song. really like Lana de Rey. I like Kurt Vile and Courtney Barnett and I also like the Pretenders.
Malin: To me, it’s all just rock n roll. I think it’s a big umbrella, and you can have everything from the Clash to whatever. I think there’s room for all of that. Good music is good music. I just like stuff that tells a story. There’s a connection between punk rock and folk music in terms of the simplicity and lyrics that are connected to people in the street and real situations and people going through something. You put it out there and you feel like you’re not alone. It’s like blues on the run but maybe a different kind of blues. I think that having three chords and some kind of story and attitude or lifestyle isn’t that far away from Bob Dylan and Johnny Cash and Billy Bragg and Joe Strummer and Frank Turner.

Talk about your current band. How did the group come together?
Gentile: Jason Victor is so great. He will be on the cover of Guitar Magazine one day. He’s that good. He plays in the Dream Syndicate with Steve Wynn, and I love them. Mark Bosch added guitars on my EP too. He plays with Ian Hunter in Mott the Hoople. He’s one of those guitar players who makes something special happen each time he plays. He’s like James Honeyman-Scott from the Pretenders. You put a guitar in his hands and he writes something miraculous.
Malin: I’ve been playing with Derek Cruz, the guitarist and vocalist for years. We got him through on online ad. He came in as the keyboard player and stepped into the guitar position. Randy Schrager, who was drumming with the Scissor Sisters, started on [2010’s] Love It to Life. Catherine Popper I knew from her days with everyone from Ryan Adams and the Cardinals to Grace Potter and Norah Jones and Jack White. She’s part of the New York scene and comes from a jazz background but really understands punk rock and knows American roots music. Our keyboard player Rob Clores has played with me on and off since my first album. He’s played with everyone from Tom Jones to the Black Crowes and David Johansen.

Diane, you have an EP out now and a full-length due out in 2020. Jesse, you just released Sunset Kids. Talk about your approach on your respective releases.
Gentile: Because of today’s world and the way people put out music, you have to put out pieces of music. Nobody cares about a full record. But you can’t get reviews unless you release a full-length record. I had enough songs. I’m a very prolific writer. I write all the time. That wasn’t a problem. If you don’t have a home studio, it takes a lot of money to record. I don’t have the patience to engineer my own songs. It was a work in progress to get enough money to record. My records are kind of pieced together over the past few years, but the songs themselves are pretty great. [For the full-length,] I’ll take “Motorcycle” and “Boyfriend” and the four songs from the EP. That’s six songs, and I recorded another five. It’ll be 11 songs, and I haven’t come up with a title yet. I like the songs that come later in the record, like “Wicked Hours” and “Just Pretend.” I like some of those more jingle-jangle singer-songwriter songs that are like old school Roger McGuinn. I like that sound, but I like to rock too. The song that’s all piano is my first effort in playing piano.
Malin: I wanted it to be intimate and could lift you up at times and make you realize that life is something happening right now and needs to be celebrated. I wanted to pay tribute to some of the people we lost while making the record. We lost our friend Todd Youth and my father and our engineer Davis Bianco, who did a lot of great records with tom Petty and Bob Dylan. The record is dedicated to them. I was into rock n roll from left of center and I liked to go out at night when this kind of music existed in a nocturnal place. That’s the simple title. But there’s also this loss of lots of people. It’s also a record made on both coasts. [Producer Lucinda Williams] is really inspiring and I was a fan before we became friends. She’s one of the most badass players. She’s full of attitude, but she’s also an amazing writer and lyricist. She can find the beauty in broken things. She made me want to write better and wanted to discuss the songs and the stories behind them. She had a great instinct. Her and her husband Tom Overby had a great instinct for the primal aesthetic of rock ’n’ roll.

What will your performance at the Beachland be like?
Gentile: The duo format is really fun. It’ll be me on acoustic and Alfonso Velez, who is a great songwriter on his own. He plays electric and I play acoustic. He harmonizes with me. The benefit is that you can really hear the lyrics. We still play a lot of uptempo songs. It’s been going over really well.
Malin: We definitely play a lot of new stuff, but we play stuff from all the other albums too.