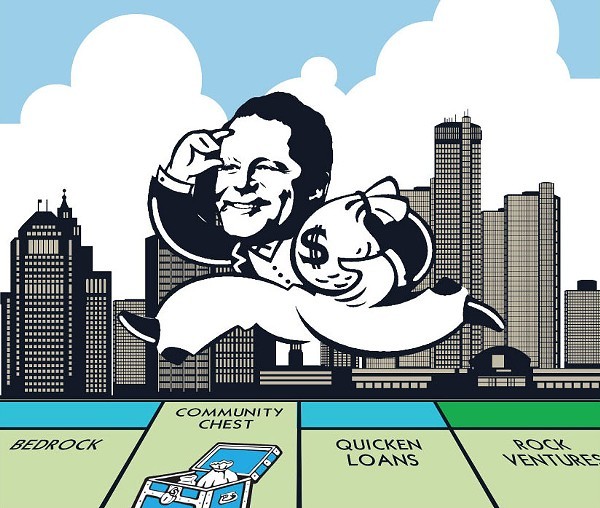 Sen. Cory Booker, Rep. Emanuel Cleaver, and Rep. Ron Kind penned a letter on Oct. 31 calling for officials to look into possible political influence in the selection of areas benefiting from the opportunity zone tax break. The legislators cited ProPublica's reporting in their request.

The letter indicated that an Oct. 24 ProPublica article about Quicken Loans founder Dan Gilbert “alleged coordination with White House officials to ensure his real estate properties were included in a designated opportunity zone." The letter continues, "In an email obtained by ProPublica, Michigan economic development official Christine Roeder asked her colleague to call Quicken Loans' executive vice president for government affairs about opportunity zones and writing, 'They worked with the White House on it and want to be sure we are coordinated.' Less than two weeks after the email was written, the Trump administration revised its list of census tracts that were eligible for the tax break."

As ProPublica reported, one of the tracts should have been deemed ineligible, as its median income that is 1.5 times higher than the eligibility requirements allow. It was later inexplicably added to the list of eligible tracts.

The tax break is also in place to support development — however, Gilbert has almost 100 buildings in downtown Detroit already, with several giant projects already underway. ProPublica stated in its original report that "the program has been widely criticized as a giveaway to the rich that will not bring the promised revitalization in needy areas. There is no mechanism to track the program's results, from how much new investment comes to the zones to how many jobs it creates."

The letter states that the Investing in Opportunity Act, the legislation which supports the Opportunity Zones effort, was intended to support economically underserved populations in the U.S. As such, the letter calls for the Inspector general do a complete review of all Treasury Department-certified Opportunity Zones to make sure they meet the eligibility requirements, and to “assist in determining if there was any misconduct by private individuals and/or groups in violation of U.S. law, regulation, or legal holding.”

The letter details that the investigation should include a review of call logs, correspondence, government records, and other notes to determine if Treasury Department officials get around policy in order to benefit specific individuals and businesses.

Booker called for more transparency in a separate statement:

While the Treasury Department took one step towards putting in place important transparency measures for Opportunity Zones today, in order for the tax incentive to truly fulfill the type of economic development intended from the original legislation, these oversight requirements must be much more comprehensive and the Administration has a long way to go. For starters, this information needs to be public, not available only to the Treasury Department. Additionally, there needs to be transaction-level reporting so that we can properly evaluate the impact of the program and ensure that investments are being effectively allocated to low-income communities. The Opportunity Zone incentive has the potential to unleash much-needed economic boosts to distressed communities across the country – communities that are too often overlooked by investors – but without robust guardrails in place, it has the potential to be undermined or abused by unscrupulous actors who aren’t committed to the intent of the legislation to help rural and urban communities across the country.

"I stake my name, my reputation and the reputation of my organization on that," he said.

But Booker, Cleaver, and Kind appear to want to call his bluff.

They write: “If any of these allegations prove to be true, it would be a perverse violation of public trust, a distortion of congressional intent, and a violation of federal law.”