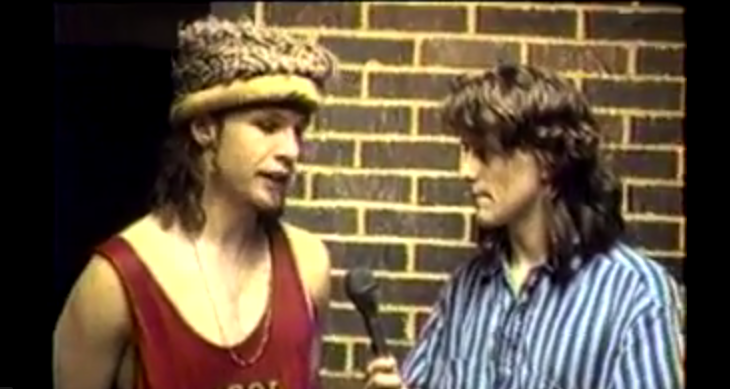 Featuring the exact technical skills, and hairstyles, you would imagine of an early 1990s-era high school AV club/student newspaper, this archival gem of Normandy's own students covering a charity basketball game pitting WMMS personalities against the noted hoop enthusiasts of Pearl Jam is pure joy.

The year was 1992 and the band was on tour in support of Ten, which had become a breakout hit. In Cleveland for a show at Peabody's — a gig that has a treasured place in the annals of Cleveland concerts — the band got happily wrangled into the pitstop in Parma.

We know this thanks to an ace interview in the video with bassist Jeff Ament, who bemoaned the radio interview parade that record companies usually insisted for promotional tours before discussing how playing in a band is very much like playing basketball. You'll also hear from various WMMS personalities (the station beat the band, if you were wondering), as well as from Normandy's assistant principle on how this all came together. Enjoy.