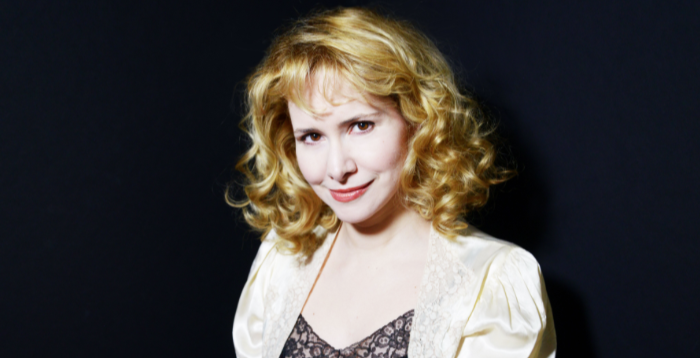 A British-American singer-songwriter who made her Broadway debut nearly 15 years ago in The Threepenny Opera, Nellie McKay has amassed numerous accolades during her career. She’s seven acclaimed albums, won a Theatre World Award for her portrayal of Polly Peachum in the aforementioned The Threepenny Opera, co-created and starred in the award-winning off-Broadway hit Old Hats, and has conceived and performed musical biographies of Barbara Graham, Rachel Carson, Joan Rivers, & Billy Tipton. Recently, she had a featured role in Ethan Coen’s A Play Is a Poem.

“I guess you’re always looking for the easy way out, which often turns out to the the hard way,” she says in a recent phone interview when asked about what first inspired her to want to sing. She performs at 7 p.m. on Thursday, Nov. 14, and at 7 p.m. on Sunday, Nov. 17, at Nighttown. “Growing up, I loved the music of the big bands. We had the eight-track player in our Volkswagen bus. I would listen to a lot of Tommy Dorsey.”

Famously, McKay worked on her debut album with Geoff Emerick, the guy who engineered the Beatles albums Revolver and Abbey Road. They had such productive sessions, they had enough for a double album, and McKay reportedly fought hard to convince record label executives to let her release a two-disc set.

“We recorded all these song with the legendary Geoff Emerick,” she says. “It felt like they balanced each other. It’s not that I thought everything was so wonderful. The lighter tracks balanced the heavier ones, and I wanted them all on the album.”

Last year, McKay again paid close attention to production and went to Sear Sound in New York, a place known for its vintage gear, to cut it and the EP, Bagatelles, that came out earlier this year. The album opens with her upbeat take on Burton Lane's "How About You?" and finds her offering a somber rendition of the Sinatra ballad "I Concentrate on You."

“I guess I just wanted to resist orchestration,” she says of her approach on the two albums. “It’s a terrible temptation for me. I have trouble keeping it simple, but they say homemade is best. Bagatelles is like a little leftover snack or a soufflé. It’s just 20 minutes long.”

For the upcoming shows at Nighttown, she’ll perform two very different shows. On Nov. 14, she’ll play with the Carpenter Ants, whom she describes as "a wonderful group that can do it all," and for the Nov. 17 show, she’ll play solo.

“All areas of show business are really magical,” she says when asked about what continues to inspire her. “It’s been such a pleasure. It’s nice work if you can get it.”