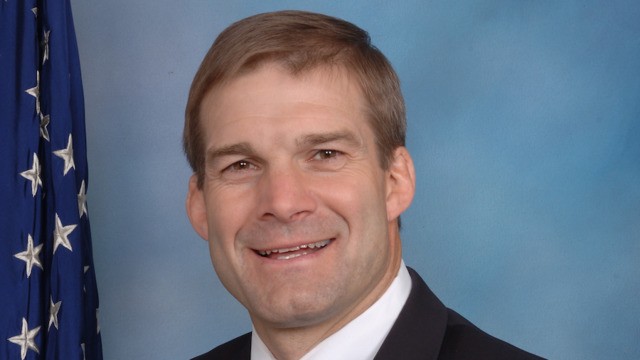 In a federal lawsuit filed last Thursday, a professional wrestling referee claims in 1994 he told now-U.S. Rep. Jim Jordan — at the time an assistant wrestling coach at the school — about an incident of alleged sexual misconduct by former Ohio State University doctor Richard Strauss.

The suit, filed in U.S. District Court, contradicts repeated assertions by Jordan that he was unaware of allegations against Strauss.

An independent report by law firm Perkins-Coie released in May says that Strauss, who killed himself in 2005, sexually abused at least 177 male students during his 1979-1998 tenure at OSU. The report also says that more than 22 coaches, 18 athletic trainers and others were aware of the abuse. Coaches were not named in that investigation, and a spokesperson for Jordan has said the Ohio congressman was not among them.

The latest suit — one of more than two dozen that have been filed against the school — represents 43 former OSU students who claim Strauss sexually abused them.

In the filing, the referee known only as John Doe 42 says that Strauss masturbated in front of him in a shower following a wrestling match in 1994. The referee reported the incident to Jordan and head coach Russ Hellickson, who allegedly shrugged off the revelation.

"Yeah, yeah, we know," the suit claims Doe was told in response.

“It was common knowledge what Strauss was doing so the attitude was 'it is what it is,' ” the unidentified referee told NBC News. “I wish Jim — and Russ, too — would stand up and do the right thing and admit they knew what Strauss was doing, because everybody knew what he was doing to the wrestlers. What was a shock to me is that Strauss tried to do that to me. He was breaking new ground by going after a ref.”

Earlier this year, a former OSU wrestler named Dunyasha Yetts claimed he spoke to Jordan about Strauss' behavior after he alleges the doctor tried to pull down his pants during an examination for a thumb injury. Other former wrestlers making allegations of sexual abuse also say the incidents were common knowledge and that it is likely Jordan knew about them.

Jordan denies any knowledge of the incidents and says the allegations against him are politically motivated.

“Congressman Jordan never saw or heard of any kind of sexual abuse, and if he had, he would’ve dealt with it," Jordan spokesman Ian Fury told the Dayton Daily News. "Multiple investigations have confirmed this simple fact."

OSU officials have apologized for the incidents and say the school has changed its culture so that similar abuse will not happen again. OSU is also covering expenses related to therapy for those impacted by Strauss' abuse.