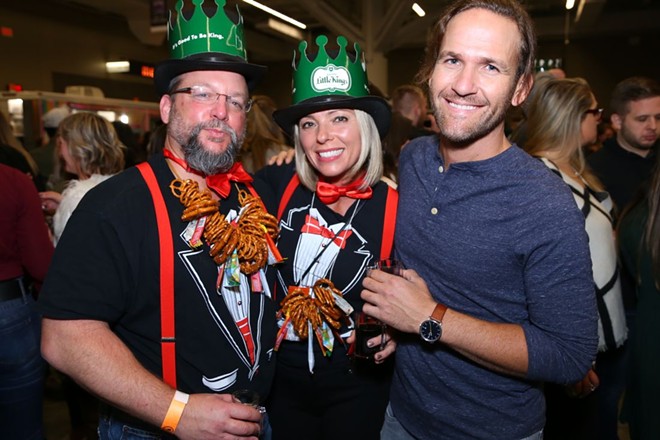 “For seven years, Cleveland has allowed us to throw the biggest party of winter. We’re very thankful to the thousands that support us,” event co-founder Matt King said in a statement. “Every year, we work to top ourselves, and this year is no different. From securing some unbelievable small batch beers to entertainment and more, we’re stepping up every aspect of the event.”

Along with all of the beer, attendees can expect live music, DJs, a silent disco section and a variety of food trucks to keep the hunger at bay.

The event starts at 8 p.m. both nights, with VIPs getting in an hour early. As always, Cleveland police officers are kind enough to help everyone clear out once 11:30 p.m. hits, and the event officially ends.

Tickets for three different experiences (early admission, regular admission and connoisseur level admission) start at $45 and go all the way up to $90 on the day of the event.

Something else to drink to: Proceeds from this year's event go to the Ohio Music Education Society and the Music Settlement.

Find out all other details at beerfesttickets.com.