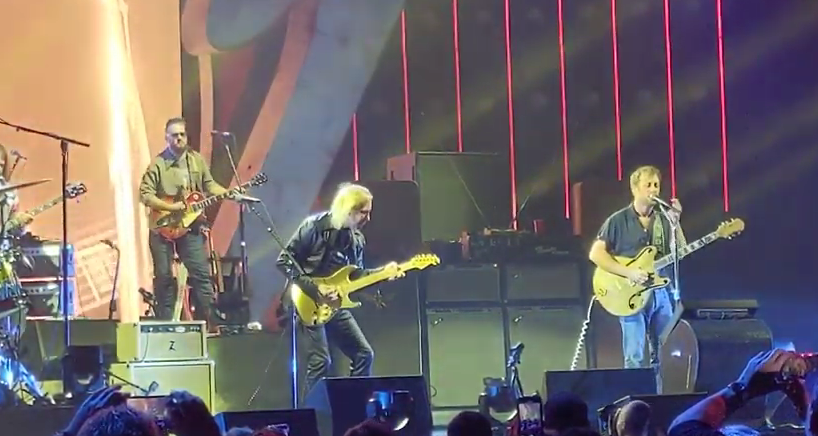 "There was this guitar player in Cleveland, his name was Glenn Schwartz," said Dan Auerbach during the Black Keys' show at the Forum in L.A. this week. "And you might not know him, but he was really important to me and he blew my fucking mind when I was 16. This was Glenn's guitar right here."

And so Auerbach brought Joe Walsh on the stage, noting that when Walsh was young, he too saw Glenn and it blew his mind too and it inspired him to play rock music.

And then, "in honor of our good friend," they launched into "Water Street," one of Glenn's songs, and the nexus of Akron and Kent killed and you should listen to it.