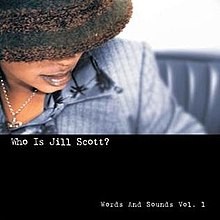 Update: Due to what the promoter says are "unforeseen circumstances," the Jill Scott concert scheduled for Friday, Feb. 21, at MGM Northfield Park is postponed. The new date is Friday, June 12. All tickets for the original date will be honored.

Since then, Scott, who continues to tour and record, has also become a successful actress. She portrayed the wife of soul singer James Brown in Get On Up: A James Brown Biopic and starred alongside Tyler Perry and Janet Jackson in Why Did I Get Married? (Pt. 1 and 2).

In 2017, she was cast as Nayyirah Shariff in the original Lifetime film Flint, a drama based on the Flint water crisis in Flint, MI.

Now, she’s just announced a tour to mark the 20th anniversary of Who is Jill Scott? Words & Sounds, Vol. 1.

She performs on Friday, Feb. 21, at MGM Northfield Park — Center Stage. Tickets go on sale at 10 a.m. on Friday.