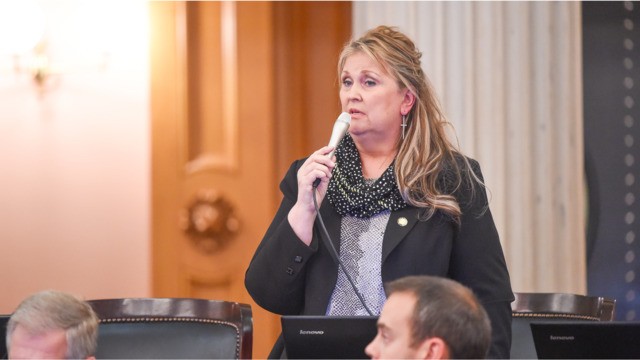 A bill proposing a total ban on abortions now before the Ohio House of Representatives has drawn media coverage from as far away as England over a provision that some say requires doctors to perform the impossible — or potentially face murder charges.

House Bill 413 isn't the first time conservative Ohio lawmakers have tried to ban abortions, likely in a move to trigger a battle over the landmark U.S. Supreme Court decision that legalized the procedure, Roe v. Wade.

But the current legislation, sponsored by State Reps. Candice Keller and Ron Hood and supported by 19 other House Republicans, has an even more controversial element.

The bill seems to advise doctors to try and re-implant ectopic pregnancies — something medical professionals say is not possible.

Keller, who represents Middletown, has said the bill is about saving the lives of the unborn. The legislation defines an unborn fetus as a person and levies murder charges against those who perform abortions.

"The time for regulating evil and compromise is over," she said in a statement last month when the bill was announced. "The time has come to abolish abortion in its entirety and recognize that each individual has the inviolable and inalienable right to life.”

Ectopic pregnancies take place when a fertilized egg attaches itself somewhere other than the usual location inside a woman's uterus — often in the fallopian tubes or other areas. That is dangerous because the embryo attaches itself to blood supply and grows, eventually causing hemorrhaging that can lead to death. The condition causes roughly 4 percent of pregnancy-related deaths in the U.S.

The proposed law isn't entirely clear about when doctors must attempt to re-implant into the uterus an embryo removed during procedures to treat an ectopic pregnancy, but the language seems to leave doctors who don't try to do so at risk of "abortion murder," a crime that would be punishable by life in prison or even a death sentence.

"A physician who does all of the following is not subject to criminal prosecution, damages in any civil action, or professional disciplinary action, for a violation of this chapter," the law reads, listing off a number of measures a doctor should take to avoid those penalties, including taking "all possible steps to preserve the life of the unborn child, while preserving the life of the woman. Such steps include, if applicable, attempting to reimplant an ectopic pregnancy into the woman's uterus."

That provision has drawn coverage from major British news site The Guardian and a number of U.S. national news sources.

This is not the first time Ohio lawmakers have attempted to tout reimplementation of an ectopic embryo. A bill by State Rep. John Becker mentioned the possibility earlier this year. Medical professionals, however, cried foul.

"Unfortunately, an ectopic pregnancy cannot be 'reimplanted' into the uterus," public health researcher at the University of California San Francisco Dr. Daniel Grossman tweeted earlier this year, after Becker's bill was introduced. "We just don’t have the technology. So I would suggest removing this from your bill, since it’s pure science fiction."

Keller and Hood's bill comes after Republicans in the State House passed one of the nation's most restrictive abortion laws earlier this year, the so-called "Heartbeat Bill," which forbids most abortions after six weeks. A federal judge blocked implementation of that law this summer.