A bathroom is a place that holds secrets. You can cry there, light up the errant cigarette or meet up for a quick make-out session, and a bathroom — public or otherwise — never tells. But now, Cleveland’s most secretive rooms are getting thrust into the spotlight.

Over the past couple years, local painter Arabella Proffer has learned probably too much about Cleveland-area powder rooms, documenting them on Instagram under the hashtag #restroomsofCleveland. The ones that have especially moved her she’s placed in a brand new book simply titled The Restrooms of Cleveland.

Standing in the men’s bathroom at Judd’s Tavern last month, Proffer points out the comic book wallpaper and artfully-framed naked women. She says she likes the men’s better than the women’s bathroom here and that this spot did make it into the book, along with about 80 other Cleveland bathrooms. That’s down from the original 200.

“I could keep going, but at a certain point I had to stop,” Proffer says. “People will probably tell me I missed some bathrooms, and I probably did, but it had to end eventually.”

Using only her iPhone, Proffer snapped photos of bathrooms not just in bars and restaurants but also retirement homes, pinball arcades, coffee shops, office buildings and storage facilities. And these aren’t pictures of the city’s best bathrooms either, rather ones that caught Proffer’s eye.

“A lot of these bathrooms look really terrifying, in one of them a raccoon came to visit me,” Proffer says. “I look at it as an anthropological study. These are things that are. Some are really great, and some are really terrible. And that’s the thing, some of the really nice bathrooms, and they’re boring to photograph. It’s like, ‘Oh, look it’s the same granite everyone uses.’”

The book is meant to be part joke and part historical documentation, says Proffer. And after three years of back and forth with publishers, Proffer is self-releasing the title with a kick-off party at Judd’s City Tavern tonight.

The full-time artist, who moved to Cleveland in 2004, isn’t the first to document bathrooms (a quick Amazon search garners a few worldwide books on the subject), but since deciding to do this Cleveland version, interest has been high. She says not only did the art book’s pre-sale bring in local orders, but international orders as well.

“People like history, I guess,” she says with a laugh.

Some even know exactly where they’ll store the book.

“Several people have told me they’ll be keeping it in the bathroom,” she says. “Who would have thought?”

The book itself is 9-by-5 and shows off Proffer’s favorite restrooms without the distraction of words. However, a helpful index in the back does name each bathroom.

“I thought it would be more fun to try and guess where bathrooms are,” she explains.

The book release party is at Judd’s City Tavern, 10323 Madison Ave., Dec. 5 from 6 p.m. to 10 p.m. Expect a toilet paper cake and some murky cocktails to be on hand. Find out more about the book right here.

Below is a selection of some of the book's featured bathrooms, all photographed by Arabella Proffer and none of which include an actual toilet. We won't tell which bathrooms are which; you'll have to guess: 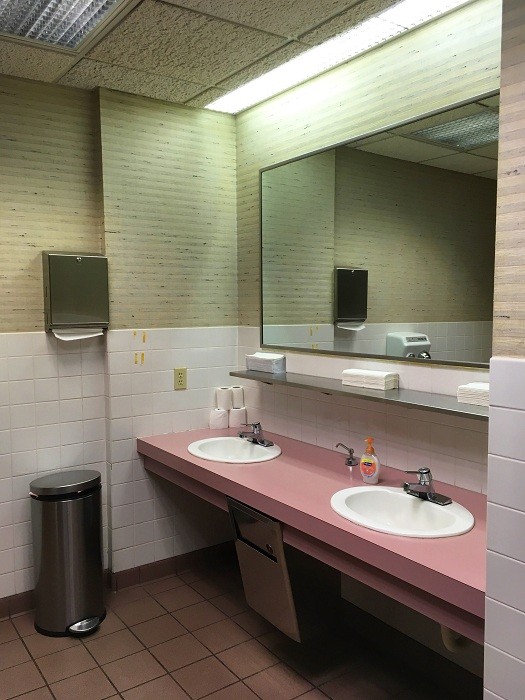 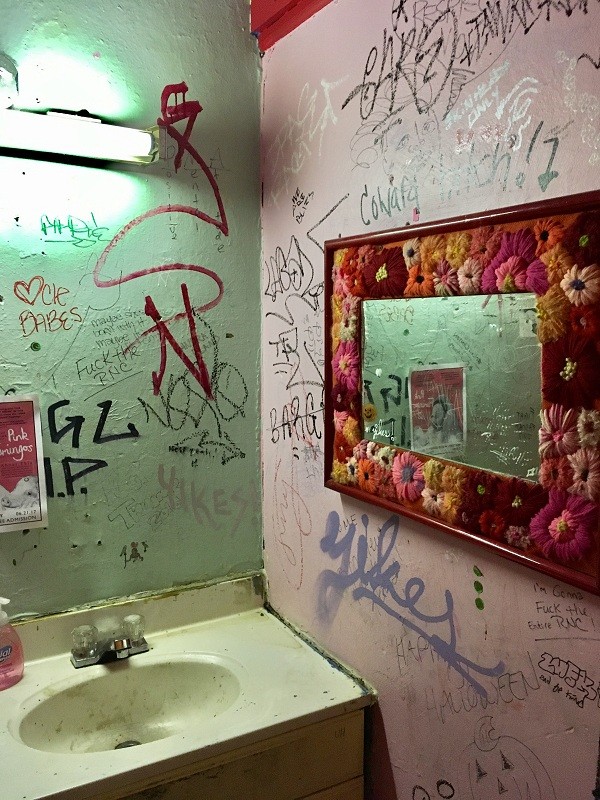