An FAQ on the Lingering Issues at the West Side Market 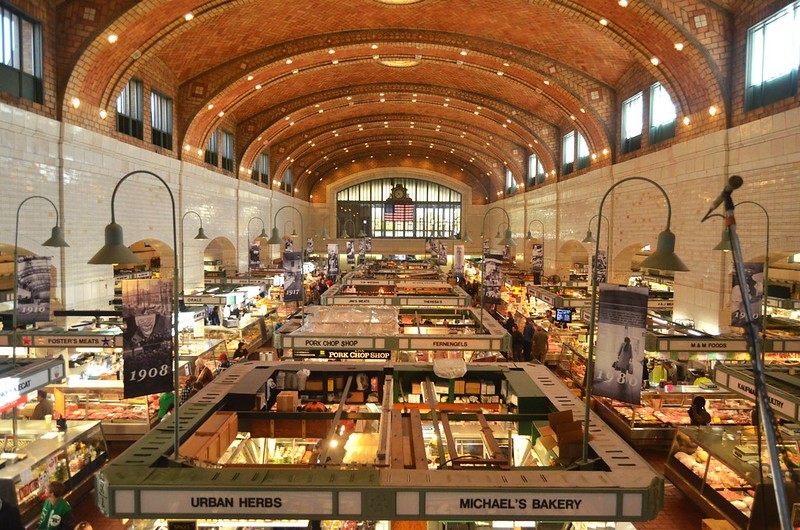 Mike Turczyk last week announced that after 36 years in business, Turczyk Meats would be closing up shop at the West Side Market. It is not the only stand that's expected to shutter this year, as vacancies, especially in the produce section, pile up.

With precise regularity, a stand closure triggers a fresh bout of news stories about the market and its ongoing issues. Cleveland's landmark survived, and thrived, for more than a century, cementing itself in the hearts and bellies of Clevelanders along the way. But the signs of trouble and the stresses of change have been apparent in the recent decade. Shoppers behave differently now compared to, say, 1990. Ohio City is a far different beast than it was two decades ago. The building is old and in need of repairs.

Turczyk's departure and public announcement pinning the blame on the city of Cleveland, which owns and manages the market, has instigated the most recent stories and even drew a lengthy press release from councilman Kerry McCormack that sympathized in almost every way with Turzcyk's complaints. That release, which tackles some of the same topics as below, can be found here.

Anyway, some frequently asked questions and answers on the market front:

Should the city continue to manage the market?

No. Absolutely not. It's clear that the city has mismanaged the market. It's hard to gather a consensus when it comes to the WSM, but on this front, there's near unanimity. From long-delayed fulfillment of work orders to hazardous working conditions to a predictably obstinate display of entrenchment on almost every issue, the city has ushered in many of these problems.

Would a nonprofit management structure solve everything?

Possibly, but it can't be worse than what's going on now.

Are the current issues new?

Some, but not all. Many of the complaints have been voiced for years and years, including the city's insistence on year-to-year leases instead of multi-year agreements. By its nature, the West Side Market is slow to come around to change, but when it comes to the mixture of the tenants and the introduction of new stands, the city, once again, can place the blame at no one's feet besides its own. Remember when Kate's Fish announced it would be opening a new, separate stand to focus on retail, seafood shack products, for example? That was a year and a half ago. You'll notice no progress at that empty stall, the former stinky fish spot back by Maha's. Last we heard, the necessary permit had been stalled on someone's desk at City Hall.

Does the mix of vendors need to change?

Yup. But, as McCormack said in his release, the city can also place a role by using the department of economic development to guide new ideas and owners into the market, helping them grow with low-interest or no-interest loans and grants. But the market's vendor selection in general needs to be more diverse and what's offered needs to better compete with farmer's markets, Heinen's, Trader Joe's, etc.

When will this get better?

Again, change is slow to come to the corner of Lorain and West 25th, but it's clear that nothing will substantively change until Frank Jackson is out of office. Stakeholders, tenants and McCormack himself have asked City Hall to explore a transition to a nonprofit management structure and have received a firm no from Jackson.

City-level bureaucracy combined with an opinionated and diverse tenant mix of dozens of vendors means consensus is hard. Hell, the original Monday/Wednesday/Friday/Saturday schedule was christened to run the opposite days that the Central and East Side public markets were open. Those closed in 1988. It took until this decade to add Sunday hours. That, plus the paid combined parking lot, were seismic shifts to the market's culture, and those took years to achieve.

Is paid parking a problem?

Is general availability of parking a problem?

Will people still complain about parking?

How else could and should the market be modernized?

There's that half-empty produce concourse, for starters, that is ripe for something useful and interesting. That was the subject of a proposal from Alan Glazen and others earlier this year. McCormack mentioned space that's vacant on the second floor that, like the produce aisle, is basically a blank slate for something to engage the public — a cafe, seating, etc. There's also the issue not so much of the hours but the lack of events that leverage tourists into paying customers. Markets in Cincinnati and Columbus and Toronto have evolved over time to include those and other options, navigating modern shopping and visitor trends to chart a course for their public markets that lifts up vendors. Again, things take time, but inertia has given way to deterioration in the face of viable alternatives.

Does this over simplify a lot of the issues?

Is the main issue Frank Jackson?