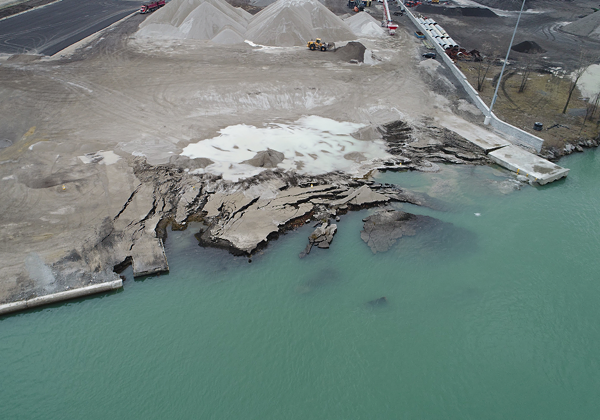 State and federal elected leaders, along with environmental activists, are hosting a meeting Thursday for Detroit residents potentially impacted by a long-contaminated riverbank that collapsed into the Detroit River on Thanksgiving Eve.

The idea is to get more answers and provide “a solutions-oriented path forward.”

The public was unaware of the potential contamination until the Windsor Star in Canada revealed a potential uranium spill last week at the former Revere Copper site – about eight days after the collapse of the riverfront storage site in southwest Detroit.

For decades, the U.S. Environmental Protection Agency listed the site as contaminated because of uranium and other dangerous chemicals stored at the site next to Historic Fort Wayne and leased by Detroit Bulk Storage.

For unknown reasons, the Great Lakes Water Authority and Michigan Department of Environment, Great Lakes and Energy were unaware of the leak until last week, the agencies have said.

Testing by both agencies revealed no excessive amounts of radioactivity. But given the state and federal governments’ response to the Flint water crisis, elected officials and environmental activists want more assurances.

“In the spirit of transparency and trust, it is imperative that these agencies are as forthcoming and engaging with the public as possible with what is going on and what has occurred,” Rep. Rashida Tlaib, D-Detroit, said Friday in a news release. “The public deserves nothing less.”

The community meeting is set for 7 p.m. at the First Unitarian Church at 4605 Cass.