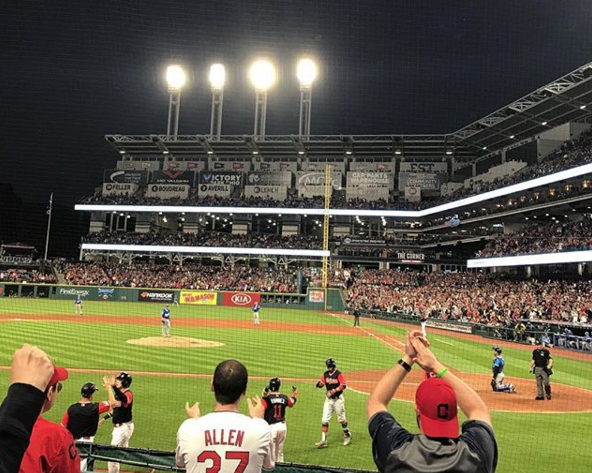 After a year in which fan injuries came to the forefront of baseball's attention, all 30 MLB teams will feature extended protective netting at their ballparks next season, commissioner Rob Manfred told CNBC yesterday.

The Indians being one of those teams, that means extended netting will be installed at Progressive Field. Teams have taken the extensions to various degrees, some opting for netting all the way to the foul poles while others might extend into the outfield area but not entirely down to the outfield wall.

NBC News reported last year that there have been at least 808 fan injuries due to foul balls since 2012, with many of those being quite serious, not least of which was the death of a woman in L.A. Concussions, vision loss, and broken bones are common.

The Indians said in an email to season ticket holders yesterday that details will be announced in January.

Francisco Lindor, who is as of this day still a member of the Cleveland Indians, called for an extension of protective netting last year after one of his foul balls, an absolute rocket down the first base line, struck a young child in the head. Reports over the summer said the child suffered no lasting effects from the injury.