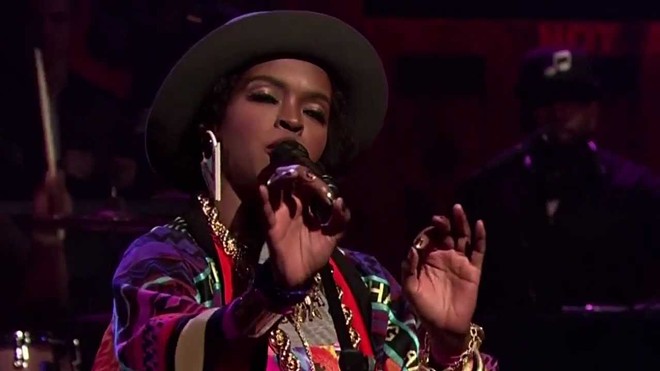 The one and only Ms. Lauryn Hill is coming to Northeast Ohio next year, the singer recently announced.

Twenty years ago the R&B/hip-hop artist released her one and only solo studio album, The Miseducation of Lauryn Hill. Now in celebration of that release, the Fugees member is in the midst of a worldwide tour, with added stops now including one at MGM Northfield Park on Thursday, March 12.

Tickets go on sale Friday and will run fans between $68.50 and $116. Find those at Ticketmaster.com.

As part of the Queen & Slim soundtrack — a film partly shot in Cleveland — the Grammy-winning Hill released her first "new" song in five years just last month. Check that out below:
Sign up for Scene's weekly newsletters to get the latest on Cleveland news, things to do and places to eat delivered right to your inbox.