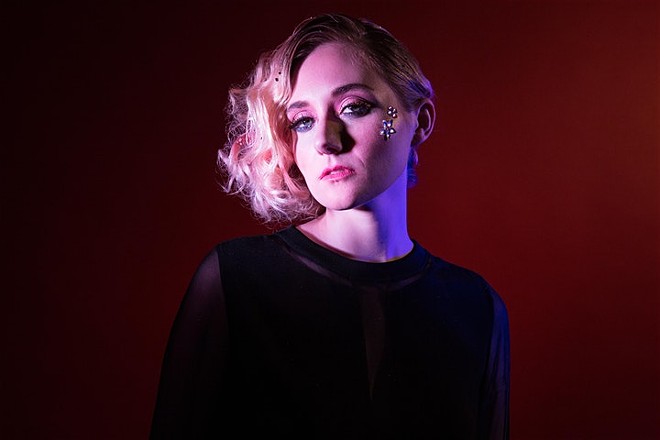 Growing up playing in her parents’ bluegrass band alongside her brother David, a wonderful singer-songwriter in his own right, Mayfield has been making music on stage essentially since she can remember. Her teenage years were full of sketchy shows and also last-minute opener gigs, including at the Beachland, just trying to be heard. Eventually, she started making music with Dan Auerbach and later the Avett Brothers. Her 2010 single, “Our Hearts Are Wrong” garnered serious play on college rock stations across the country. Critics and fans alike took notice of her sparse, rock vibe and melancholic vocals. She's steadily toured and recorded ever since. (Laura Morrison), 8 p.m., $20. Beachland Ballroom.

The alternative rock/modern folk group 10,000 Maniacs recently celebrated a handful of anniversaries. Two years ago, the band’s breakout album, In My Tribe, turned 30. Last year, singer Mary Ramsey celebrated 26 years with the group as its lead singer (she replaced Natalie Merchant back in the early '90s), and last year also marked the 35th anniversary of the release of their first full-length recording, Secrets of the I Ching. That album caught the attention of the late BBC DJ John Peel, who gave the band its first significant airplay. As if all those milestones weren’t reason enough to celebrate, this year also marks the 30th anniversary of Blind Man's Zoo. (Jeff Niesel) 8 p.m. Music Box Supper Club.

Ten years into playing with the pop-punk band State Champs, guitarist Tyler Szalkowski still gets excited about working on a new album. The group’s currently in the midst of finalizing an album due out in 2020. It will come on the heels of the New York band’s fourth record, 2018’s Living Proof. With the upcoming full-length, the Warped Tour veterans hope to mix it up with some new sounds. The band already has a fairly sonically diverse catalog that includes The Acoustic Things, 2014’s acoustic revamp of The Finer Things, but Szalkowski isn’t satisfied yet. Expect to hear some new tracks when the band headlines the Snowed In festival tonight. (Halle Weber) 4 p.m., $36.95 ADV, $41.95 DOS. Agora Theatre.

For the past few years, rapper and actor Machine Gun Kelly has played a special "XXMAS Show" here in town around the holidays. Earlier this year, he released his fourth studio album, Hotel Diablo. Songs such as “Hollywood Whore” and “Floor 13” display MGK’s ability to blend rock and rap, and “Glass House,” a song that features guest vocals from Naomi Wild, shows off his sensitive side and include a reference to the late Chester Bennington. On the whole, the album suggest maturity and growth from the Cleveland rapper and actor. (Niesel) 7 p.m., Wolstein Center.

The first time the guys in the local hip-hop outfit Muamin Collective put on a holiday show, they simply intended to "do something big for when people come home," as they told us at the time. This year's event finds Muamin Collective again headlining the affair. Local acts Obnox, Opus and DJ Candi Fresca round out the bill. (Niesel), 8:30 p.m., $5 ADV, $10 DOS. Grog Shop.