Dave Kocab to Join Ushabu in Tremont as Co-Chef 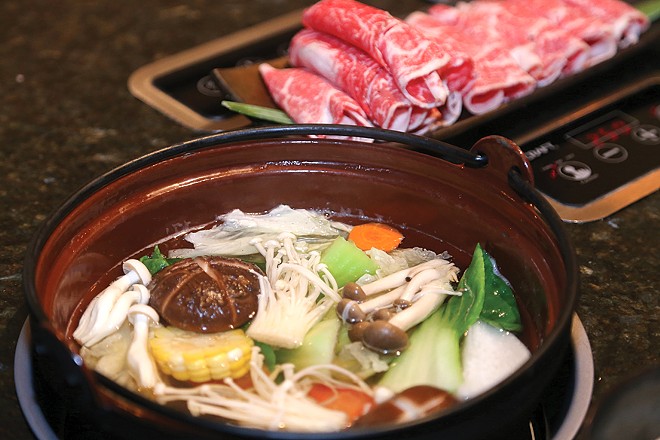 Starting in the new year, Ushabu in Tremont will pack more culinary punch than most restaurants ten times its size. Chef-owner Matthew Spinner, a gastronomic force of his own, will soon be joined by David Kocab, most recently with the Black Pig in Ohio City. Jeff Motika of Urban Farmer will comprise the third leg of this triad.

The changes officially take place on the first of the year.

Going forward, Spinner intends to focus more on the front of the house as well as day-to-day operations. Kocab will take his place in the kitchen, bringing with him an expertise in dough, noodle work and sourcing of stellar local ingredients. Those skills will soon translate into new and refreshed seven-course tasting menus, small plates and shabu-shabu. Diners can look forward to housemade ramen, udon, steam buns, gyoza, soba and nikuman in the coming weeks and months.

Spinner adds that the focus on regional Japanese cuisine and shabu-shabu hot pot will remain “unwavering.”

Look for the new menu to be released in February 2020.