The Most-Read Cleveland Scene Stories of 2019 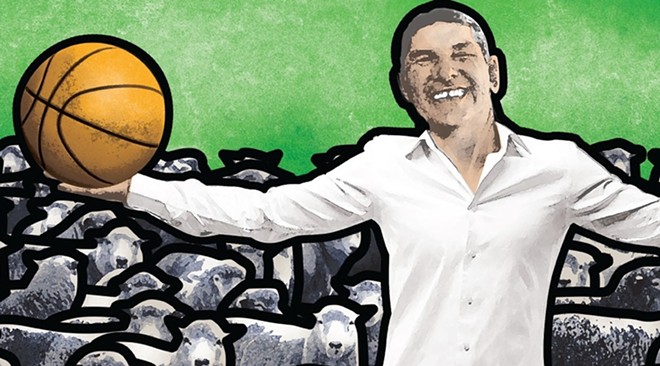 In the final days of 2019, we wanted to look back at the stories that mattered most to our readers over the year. Scrolling through the list of the blogs and features that garnered the most attention, they run the gamut from silly to serious and everything in between. Some took months to report and write and others were written in a fiery haste.

10. Study: Cleveland Continues to Experience Significant Neighborhood Economic Decline, Little Measurable Growth
If there is one subject Cleveland likes avoiding — and by that we mean hearing anything about — it's the poverty levels and population loss that has been in Northeast Ohio for decades, freelancer Daniel McGraw lamented back in April. But the story still managed to catch our readers' interest.

9. Dumb as Rocks: Q Renovation Will Do Precisely What Leaders Feared
For years, Scene's senior news reporter Sam Allard covered Dan Gilbert's Q Deal shenanigans with a critical and skeptical eye. When the arena finally re-opened as the Rocket Mortgage FieldHouse in September, this postmortem piece about what exactly Cleveland taxpayers' dollars went toward in the remodel was finally met with the outrage the topic deserved from the start.

7. A Hudson Megachurch, a Beloved Pastor and the International Sex Abuse Scandal They've Tried To Hide
This piece was our most-read cover story of the year and was one of the first to bring this area church sex scandal to light.

6. City of Cleveland Says It's Reviewing Video of EMS Worker Making Trolling Hand Sign or Maybe Flicking a Booger or Playing the Circle Game
A Cleveland EMS worker was caught on camera giving the OK sign ... or was it?

4. Browns Claim Man Who Wasn't at Game Poured Beer on Titans Player, Ban Him From Stadium
Eric Smith wasn't even at the game when a fan poured beer on another team's player. Later, he chose to sue the Cleveland Browns, alleging defamation and negligence.

3. Super Mario Kart Go Kart Racing Comes to Life in Cleveland Sept. 14
People can't get enough of nostalgia-themed events. And this one actually did take place out in Medina in September, only under a name change of Costume Karting (for obvious copyright infringement reasons).