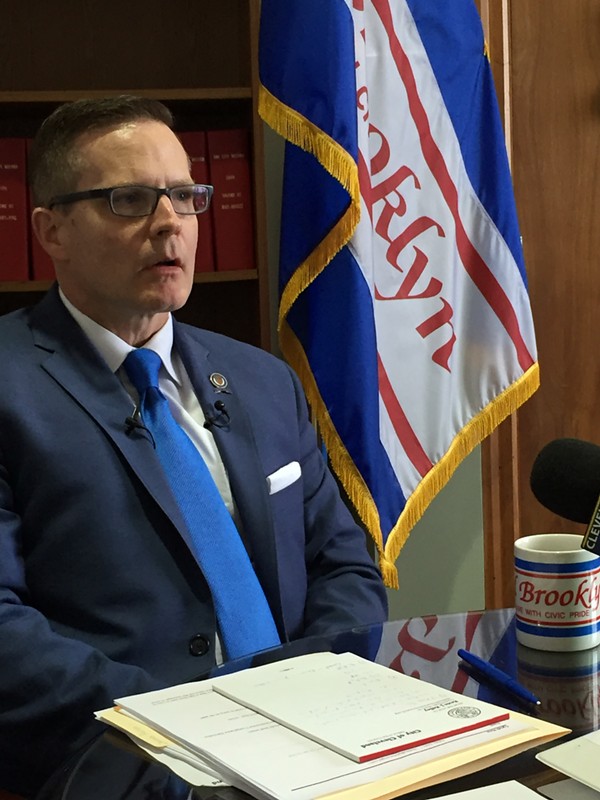 The Cuyahoga County Board of Elections has confirmed that if the initiatives to drastically reduce the size of Cleveland City Council and the compensation of its individual members are filed before Jan. 17, they will indeed appear on the March, 2020 ballot.

The dual measures propose that the number of elected councilpeople be reduced from 17 to nine, and that the current council pay be slashed from roughly $83,000 per year to $58,000 per year.

A sufficient number of valid signatures (6,270+) have already been submitted for both measures. They were collected by the so-called "Clevelanders First" group, a creation of the unsavory restaurateur and Westlake-resident Tony George.

The statement then takes a hard left turn into Trump rhetoric. "We believe in a strong, fully staffed law enforcement," it says, apropos of nothing. "Finally, we believe in public service, honor and making Cleveland one of the best cities in America once again."

A spokesperson from the group did not immediately respond to an email seeking answers to a short list of questions.

Because the initiatives propose changes to the city charter, they must be introduced at Cleveland City Council. A council spokeswoman said that both initiatives would be introduced Monday and would be submitted to the Board of Elections in time for the upcoming ballot.

As articulated in a written statement to Scene, his primary objections are 1) that Clevelanders already voted to have proportional representation based on a formula of approximately one Council member for every 25,000 residents; 2) that a reduction in Council size would deal a "direct blow" to citizens by decreasing their access to local government and minimizing their voices on important issues; and 3) that a smaller, weaker legislative body would cede yet more power to the mayor’s office.

"Finally, this initiative did not arise from the citizens of Cleveland with legitimate concerns over the structure of our government," Kelley wrote. "This initiative to reduce Cleveland City Council to only nine members is being spearheaded and funded by a millionaire who lives in suburban Westlake, where one council member represents about 4,600 constituents. Comparatively, one council member in the City of Cleveland represents about 24,000 constituents. If the proposed reduction initiative prevails, it would double the number of constituents for each member of Cleveland City Council. Clearly, an erosion of our citizens’ democratic representation in city government."