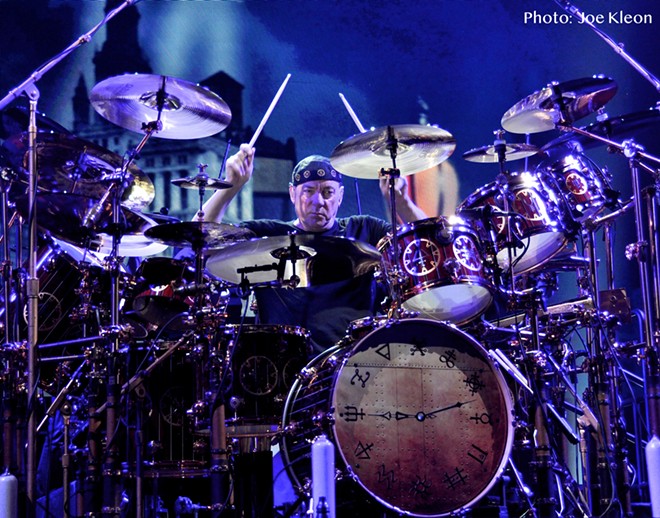 Various media outlets have reported that Rush drummer Neil Peart has died at age 67. He lost a three-and-half year battle with brain cancer.

Finally inducted into the Rock Hall in 2013, Rush was one of rock's greatest power trios. The band, which also included singer-bassist Geddy Lee and guitarist Alex Lifeson, stood at the forefront of the prog rock scene of the 1970s and continued to make relevant music up until calling it quits two years ago.

Thanks to early airplay on WMMS, the Canadian group had a loyal following in Cleveland since the start of its lengthy career.

In a statement, Lee and Lifeson refer to Peart, who wrote most of the band's lyrics and penned several books, as their “friend, soul brother and bandmate over 45 years.” Peart was a phenomenal musician whose rigorous drum solos were often the highlights of the band's hard rocking live shows.

“We ask that friends, fans, and media alike understandably respect the family’s need for privacy and peace at this extremely painful and difficult time,” Lee and Lifeson write. “Those wishing to express their condolences can choose a cancer research group or charity of their choice and make a donation in Neil Peart’s name. Rest in peace, brother.”