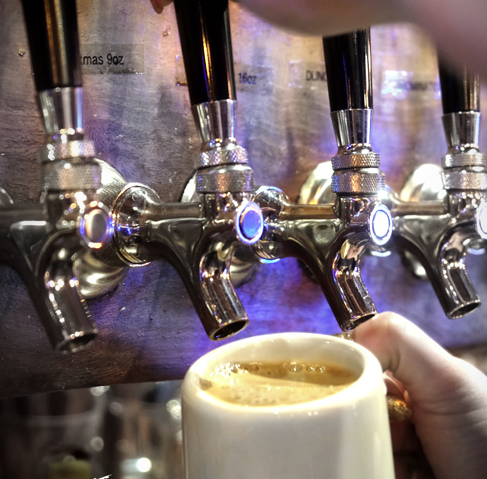 Terrestrial Brewing Company has teamed up with Ready Set!, the locally based small batch coffee roaster that’s planning to open a storefront this year in the Gordon Square Arts District, to produce a new breakfast stout.

“We’ve created a South American blend that is both nutty and sweet for their Imperial French Toast Morning Halp” reads a press release about the new brew.

The brewers at Terrestrial maintain that they've "doubled down on the grain and the maple, crafting a brew exploding with French toasty goodness," so that the beer finishes with a coffee kick.

Terrestrial will tap the first keg at 3 p.m. today at the brew pub that’s located in Battery Park.