In Advance of Next Week's Show at the Beachland, Seratones Singer Talks About the Band's Soulful New Album 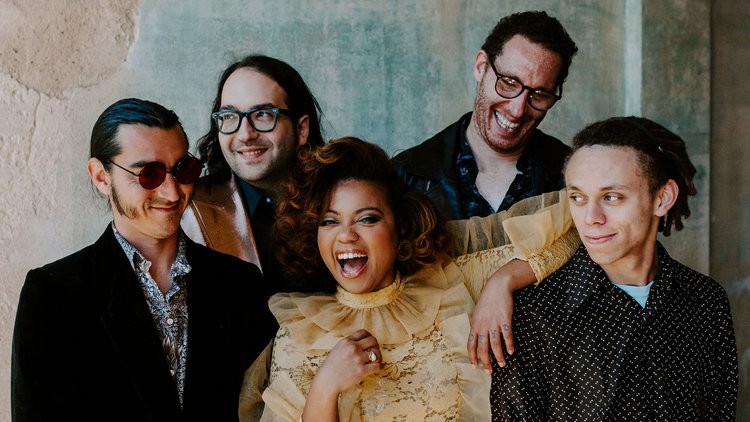 Though POWER, the latest effort from Seratones, a Shreveport, LA-based band fronted by gospel-trained singer and activist A.J. Haynes, features songs about women’s reproductive rights, Haynes doesn’t think the songs should be seen as a response to the right turn the country has taken with the last presidential election.

“I don’t think it’s a political record as much as it is my day-to-day lived experience,” says Haynes in a recent phone interview. Seratones perform with Tom Evanchuck at 7 p.m. on Sunday, Jan. 26, at the Beachland Tavern. “Our experiences become politicized, but I’m just talking about what’s in front of my face. I’m reticent if not turned off by calling things political. Politics is the language of naming, and it’s imbued with power dynamics. [The songs on POWER feature] me talking about things that are stigmatized like access to health care and poverty and being scared and the kind of fears you live with if you are an other.”

Haynes got her start by singing in her church at age 6. She says her mother encouraged her to join the choir and didn’t really even give her much choice in the matter.

“I always associated singing with some kind of spiritual work of some sort,” she says. “Singing is something I just do. It’s a noise that just comes out of my body. My grandmother really encouraged me to sing for people. She would ask me to sing for a group of her friends. She would give me a few dollars if there were a lot of people there. In a very early age, she instilled that in me. It was like, ‘If you’re not going to sing in church, then people need to be paying you.’ I’m really thankful for that. She built in that workman mentality.”

With that in mind, Haynes first launched a cover band because that was the best way to ensure she’d find steady work.

Given the singer's strong-willed nature, it shouldn’t come as a surprise that the cover band wasn’t your typical cover band.

“We didn’t do ‘Brown-Eyed Girl’ and ‘Mustang Sally,’” she says. “We learned deep cuts from CCR and Duane Allman and Aretha Franklin and Radiohead and T-Bone Walker and Arthur Crudup and the Cramps and whatever the fuck we felt like doing. We did Jefferson Airplane. It was on a whim. We'd play whatever we thought we could pull off.”

After the band dissolved, she started working on her own songs, and that’s when Seratones began.

Haynes describes the making of the band’s debut, Get Gone, as a “volatile” experience.

“We were so comfortable in a live space,” she says. “Shifting from that to a studio space was difficult. As a new artist or any kind of novice, you tend to approach things with preconceived ideas of how they should be, and that’s the dumbest thing to do. You should walk in with no expectations. You should be informed by sound and history but allow yourself space to create.”

With POWER, the band abandoned the raunchier punk side of its sound for something more soulful and accessible. Album opener, "Fear," has an old school soul feel and sounds like it could be a track by a '60s girl group. The rest of the album follows suit.

“I shifted into becoming a grown-ass woman,” she says. “I don’t feel the same as I did two years ago. There’s so much that changes from your mid-twenties to early thirties. I’m more interested in myself, not in a way that’s narcissistic. I needed the refuge of soul music. I needed to see myself in a different way.”

She wrote one album highlight, “Lie to My Face,” with producer Brad Shultz of Cage the Elephant fame. He came to the studio with a demo of the tune that the two of them then tweaked.

“The second he played that, I was like, ‘What if we did it like Otis [Redding] instead of doo-wop?’” she recalls. “I sang it like that and knew that’s the way it should be. My lyrics are about creative and romantic relationships. Someone hasn’t taken accountability for their actions and shifts the blame to me. Everyone has been there. It’s about a relationship or two romantically and a creative relationship from the past.”

The album closes with that beautiful ballad “Crossfire,” a track the group recorded on the last day of the recording session.

“I started writing it out of a place of not despair but of feeling so hollow and powerless because of gun violence and police brutality and the dangers of living in this world,” she says. “The last time we performed that song when it really hit me was when we were in Paris. The year prior, we had played at the Bataclan at the re-opening of that space after the tragedy. The simple act of going to a movie theater or a Walmart can be fatal. I was singing [the song] in a way that’s about doing things in the face of those fears instead of ignoring them. I just wept and went out into the crowd and continued to weep and cried with people. It just needed to happen.”