The WonderStruck in Cleveland Music Festival has announced its lineup for this year's kickoff of the rebranded LaureLive.

Rolling out June 6 through June 7, the event features big acts such as Portugal. The Man, Walk the Moon, Third Eye Blind, Of Monsters And Men, Trombone Shorty and Brittany Howard (pictured above). Expect about 25 acts from all over the country to play throughout the weekend, including local talent.

This roster is pretty similar to year's past, when festival organizer the Elevation Group brought out Sheryl Crow, Gary Clark Jr. and Foster the People.

Along with the fresh moniker, the event is also being held at a new location. But don't get confused by the new misnomer of a name, WonderStruck in Cleveland is not being held in Cleveland — not even in Cuyahoga County. Instead, the festival's new digs are at Lakeland Community College in Kirtland.

WonderStruck tickets are on sale now at wonderstruckfest.com and are going to cost you anywhere between $20 (for kids) and $350 (for VIP).

Check out the full lineup below: 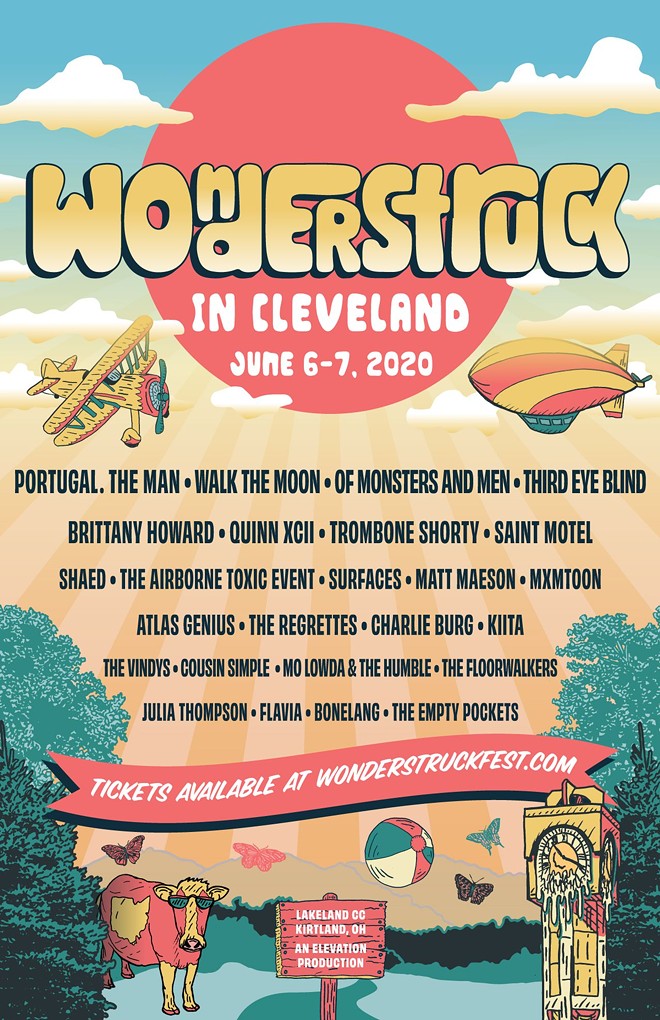