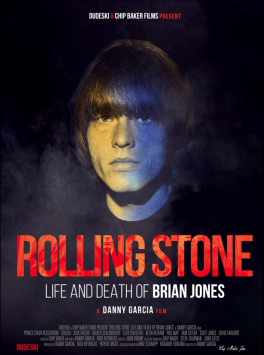 Rolling Stone: Life and Death of Brian Jones, the first documentary about Brian Jones, a founding member of the Rolling Stones, will screen at 7 p.m. on Sunday, Feb. 23, at the Grog Shop in Cleveland Heights.

The film chronicles how Jones emerged as the "face of the Bohemian Swingin’ London” scene in the 1960s. He would top the charts with the Stones and date model/actress Anita Pallenberg.

Targeted by the authorities and media, his relationship with Pellenberg disintegrated and he fell out of favor with the Stones. In 1969, he was found dead at the bottom of his swimming pool. There’s some evidence that Jones was murdered, and that the murder was covered up. The film explores this theory.

Tickets to the screening cost $10.