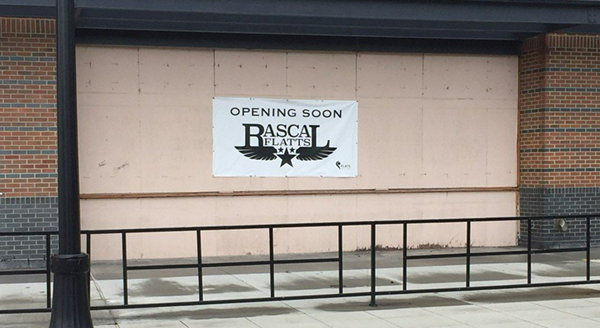 The Arizona man who masterminded the demise of the Rascal Flatts and Toby Keith-themed restaurant chains, was arrested earlier this week. The Arizona Republic reported that Frank Capri was charged with federal fraud, money laundering and conspiracy Wednesday.

The newspaper was the first to break the story about how Capri, a 52-year-old former New York mobster-turned-informant-turned-Arizona-businessman lured cities all over the country like Cleveland into believing that Toby Keith's I Love This Bar and Grill and Rascal Flatts Bar and Grill would open in their town. Only they never did.

According to the Arizona U.S. Attorney's Office, a federal grand jury indicted Capri, along with his mother and an unidentified individual, late last month. The move comes years after Capri began scamming investors and developers associated with the chain restaurants, making off with millions of dollars.

As some may recall, the Flats East Bank Toby Keith property was first announced in the early 2010s, but by 2015 the whole idea was officially called off. The Rascal Flatts restaurant, which developers didn't know was really owned by the people behind the Toby Keith joint, was announced in 2016, only to be cast aside in early 2019.

Capri is scheduled for an April 7 trial. In the meantime, read a refresher of what exactly went down in the Flats East Bank right here.