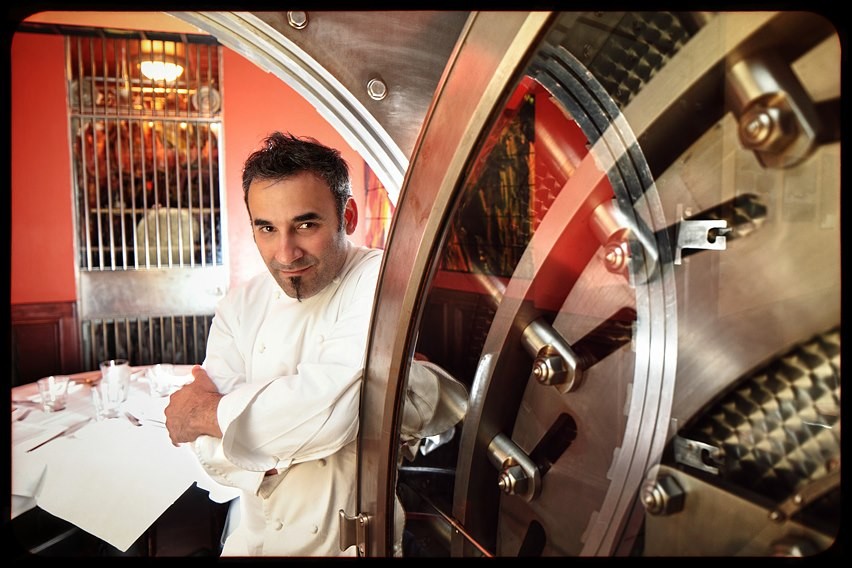 In the wake of one celebrity chef’s departure from E. Fourth Street, another is announcing that he is staking a claim on a different high-profile location on that same street. Chef Dante Boccuzzi will open Goma in the former home of Chinato at the prominent corner of Prospect and E. Fourth. It will be the prolific chef’s first downtown restaurant.

Originally, Goma was bound for Pinecrest, but this opportunity was too good to pass up, Boccuzzi says.

“Fourth has a lot more potential, I think,” he explains. “It’s a larger space, there’s more energy, and we’re going to open up the space on two sides with garage doors.”

When it opens in June or July, Goma will be a high-energy Japanese Fusion restaurant with a sushi bar and full kitchen.

“The whole inspiration comes from my time spent with Nobu and the Mandarin hotels,” Boccuzzi explains. “It’s not full-on Japanese; there will be a lot of fusion that pulls from my experiences working around the world. I’m going to pattern it after a Nobu-like experience – high-energy with music, color, yelling, great food and table-sharing.”

Plans call for removing the wall that separates the intimate bar from the main dining room to accommodate a 20-seat horseshoe-shaped sushi bar, not unlike the one at Ginko, the chef’s Tremont sushi bar. The move brings high-end sushi to the neighborhood for the first time.

“I think that’s what that scene was missing,” Boccuzzi adds. “It will have the same quality and style as Ginko but with different offerings.”

Boccuzzi and his team will “open the whole place up” to unite the sushi bar and restaurant. New acoustic, lighting and design elements will rework the old warehouse space into an edgy and dramatic environment. Twin patios will activate the exteriors that front both Prospect and E. Fourth.

A large lower-lever space also is in play, says Boccuzzi, adding that the room will be home to Giappone, “a modern and edgy Japanese craft cocktail club” that will be open on weekends and to coincide with special events in the neighborhood.

In addition to Ginko and Dante and Dante Next Door in Tremont, the chef operates DBA in Akron, DC Pasta Co. in Strongsville, Dante’s Inferno in the Flats, and other smaller ventures. He is thrilled finally to land in the heart of it all, saying that there is no better time than now to jump in with both feet.

“I believe downtown is hotter and more vital than ever with continued growth and development right in this very area,” he says. “It’s exploding.”