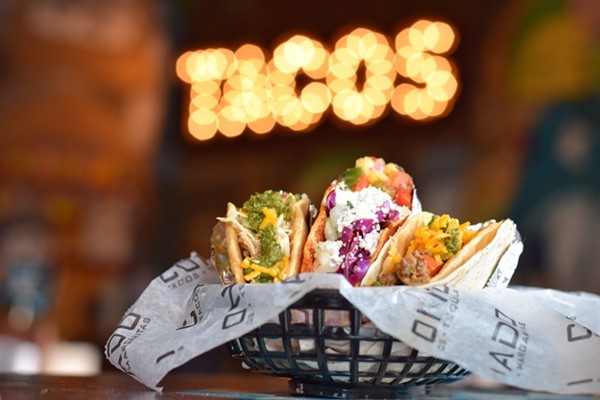 The battle of the Cleveland-area build-your-own-taco restaurants is continuing to heat up as Condado Tacos just announced plans to open a new location in Strongsville come July. The spot is only a couple miles from where Barrio also plans to open another restaurant this year.

For those who aren't familiar with Condado yet, it was started by former Barrio co-owner Joe Kahn in Columbus in 2014 and offers an eerily similar concept to Barrio, including double-decker taco options, checklist order sheets and neon margaritas.

Condado most recently opened a new spot in Crocker Park, after only coming to Orange Village's Pinecrest in 2018. This new location at the Royalton Collection plaza (17800 Royalton Rd.) will be the chain's 15th opening. And it appears Condado won't be slowing down its expansion efforts anytime soon. Earlier this week, Nation's Restaurant News reported that Condado's investors plan to take the concept nationwide.

Barrio meanwhile is soon opening up at the former Molly McGhees Sports Bar at 13169 Prospect Rd. It will be the restaurant's 10th location.